A Feat of Animation, "The Lion King" Inspires a New Disney Generation, Starting With Its Cast

by Brigitte Carreiro
Jul 19, 2019
Maybe 2019’s “The Lion King” won’t make your heart sing or leave you with tears rolling down your face. The fact is, we’ve all seen this film before. We know what to expect when Simba gets stuck in the gorge during a stampede; we know we’ll be bouncing up and down when Timon and Pumbaa start dueting.
This remake (which you can’t call live-action but can’t confidently call animation, either) is a true frame-by-frame reprise of the 1994 original cartoon, one of Disney’s most popular: It’s inspired an uber-successful Broadway show and is the main event at Walt Disney World’s Animal Kingdom. Though it doesn’t seem like Disney can win no matter what it does with their slew of reboots, remakes and sequels. When they change things, there’s a problem; when they make a near-exact replica, that’s an issue, too. The most beat-to-death criticism for this year’s film has to do with how detached the audience feels while watching the animals sing and dance, since they're so lifelike. To which I say: Sorry, were you more attached when it was hand-drawn cartoons singing and dancing?
This is, of course, directly converse to my biggest praise coming out of “The Lion King”: The animation was quite literally something that hasn’t been done to that scale before (that I’ve seen, at least), and deserves to be revered. You’ll have to remind yourself at various points of the film that you’re watching computer-generated visuals and not “Planet Earth,” and if nothing else, that should be your draw right there. 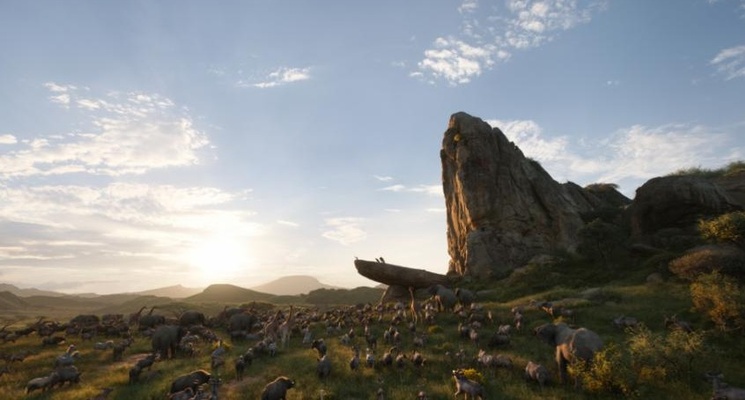 And beyond the criticism about where the heart of the story went, beyond the opinion that it’s hard to engage with the characters since they look “too real” (really???), you simply cannot get past how brilliantly cast this film was. Of course, Beyoncé was the top billing, and we were giddy when we found out James Earl Jones was going to be Mufasa again, but everyone else really found their spotlight here. Billy Eichner (Timon) was undeniably brilliant, Chiwetel Ejiofor actually made a scrumptious Scar (despite the popular opinion) and did we mention how smooth Donald Glover (adult Simba)'s voice is?
Point is, even if you have lofty ideals about what “The Lion King” should or shouldn’t look like, the visuals and casting alone will impress.
Take actors JD McCrary and Shahadi Wright Joseph (young Simba and young Nala, respectively), for example. They’re just 12 (McCrary just celebrated a birthday!) and 14 years old, born a full dozen or so years after the original “Lion King” came out, and still they stepped up to the occasion like well-versed experts.

The young actors, whose "Lion King" credits run alongside A-listers whom they didn’t even meet until the Hollywood premiere, both spoke highly of director Jon Favreau and the way he executed his vision.
“He’s the best director ever. He remembered my birthday, he gets me chocolate on Christmas, he always gets us a birthday gift, it’s the best,” she said. “I think he was really calm about the movie because he knew exactly what he wanted for the film, so I loved that. I love a director who knows exactly what they want and then all they have to do is just regurgitate it.”
Though it sounds like Favreau fared just fine (and I’m positive you’ll agree once you see the finished product), he did have some competition: Joseph previously worked on the horror film “Us” with Jordan Peele, a follow-up to “Get Out” and a decidedly very different film experience.
“Both of the projects had amazing directors. Jordan and Jon, they’re the best directors that I’ve ever had, and I’m really glad that I got to showcase myself as a serious actor before ‘Lion King’ came out, and I’m really glad that I got to work on each project, because those are some of my favorite genres,” she said. “With Disney, I don’t have to change my personality that much, so that is easier, and for ‘Us’...that was probably the hardest thing that I’ve had to do, so it was really fun, because it was a challenge and I love challenges.”
But of course, the kids were more drawn to certain parts of filming “The Lion King” than others. The virtual reality headsets used during production, for instance, definitely impressed. Instead of chipping away at animation files on a computer, the cast and crew could bounce around the 360-degree virtual African landscape they created for themselves.
“That was one of the funnest parts about being in ‘The Lion King,’” McCrary said. “We put on the VR headsets and we could look around, and we saw Pride Rock, we saw the savanna, we saw the watering hole, the elephant graveyard -- we saw everything, all in VR, so it felt real. It really felt like you were there.”
While the virtual reality was one thing, experiencing their voices coming from the realest of real-looking animation was another; the actors had different opinions of the end result.
“It was actually really cool!” McCrary said. “That’s me, I’m on the screen right now, that’s my voice. Hearing that huge audience react to everything I said was a dream come true, super cool.”
Joseph, meanwhile, admitted that she thought it was a little strange.
“It was kind of weird at first to hear my voice coming out of a lion that looks like an actual lion,” she said. “I was a little shocked!” 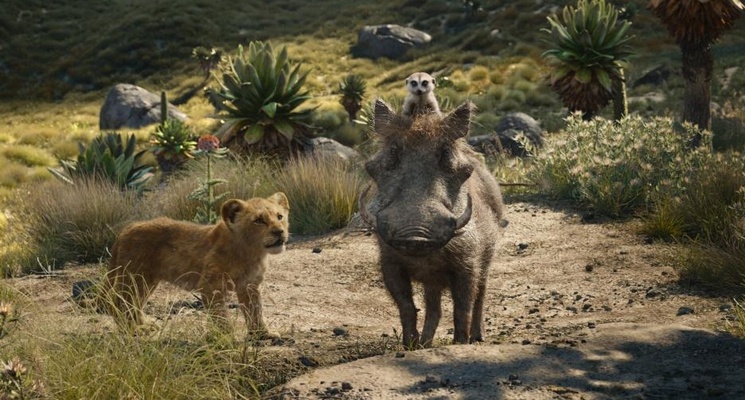 That voice, though, has been her greatest asset. Joseph, whose first acting gig was also young Nala, but instead in the Broadway production of “The Lion King,” has always been singing, from when she would hum herself to sleep in nursery school.
“I would always hum but I would never sing, so one time my mom heard me sing out of nowhere and she was like, ‘OK, we’re setting up auditions,’ and I think when I first got ‘The Lion King’ on Broadway -- that was my first audition ever -- once I got it, I was like, ‘This is what I want to do.’”
McCrary, meanwhile, has leaned more toward the acting side of his career, since singing has been part of his life forever (he made sure to plug his EP “Shine” and his two singles, “Keep in Touch” and “My Name,” during our chat). While “The Lion King” gave him the opportunity to showcase his vocals -- and what vocals they are -- I have a feeling this isn’t the last you’ll be seeing of this big personality. But be forewarned: McCrary isn’t down to be known as “that Disney kid.”
“I do, but I don’t. If a Disney show calls for me, I’ll do it. But not yet,” he said. 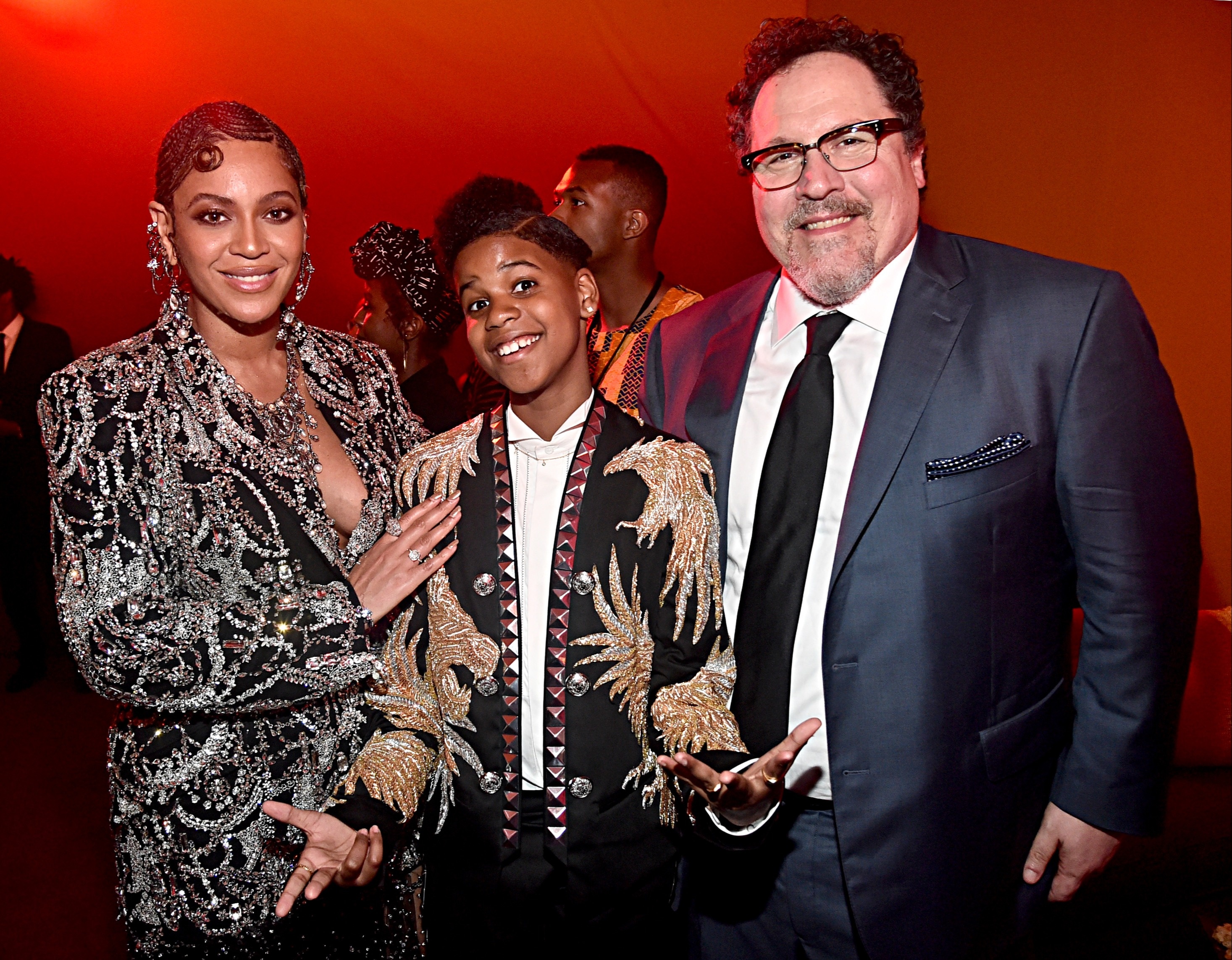 Let’s not forget, though: They are kids. Both McCrary and Joseph were on top of their education during the two-year process, and, surprisingly, that turned into one of their favorite memories.
“We had a lot of fun doing our schoolwork. There was this room where you could see all of the pictures of the cast and all the new sketches of how the lions were going to look, so we were very distracted from our learning,” Joseph said, laughing.
McCrary, too, said that hanging out in the studio sticks out in his mind quite a bit.
“There was this whole cubicle, with all these people, and we could just walk around and see all the animation and what they were drawing,” he said. “It was super cool just being able to see everything very early.”
While Joseph and McCrary are the lesser-known names on this film’s roster, there’s no question that the allure and impact of Disney isn’t lost on them. Beyoncé, Donald Glover, James Earl Jones -- these may be big counterparts to work with, but at the end of the day, the story behind “The Lion King” is what brings it all together. Even using the best names in the business, the heart of Disney has always been its storytelling, in the sparkling narratives, imaginative music and intoxicating magic -- and this version delivers.
“We were very little, so young, and we’ve been waiting for this movie for a very long time, so it feels awesome for it to finally be coming out. I’ve seen both movies, so it was a totally new experience. I cried so much more, I laughed a lot more, it was crazy,” Joseph said. “I hope that families are going to love it, because the movie is about family, and they’re just going to have an amazing time watching it.”
“The Lion King” hits theaters everywhere July 19.

Which Disney remake has been the best so far?