I Saw Taylor Swift’s Reputation Tour and I Was Not...Ready For It

by Brigitte Carreiro
Jul 29, 2018
Taylor Swift’s stadium tours are my specialty, and her tenure at Gillette Stadium in Foxboro, Mass. is unmatched. Home of the rain show, last night Swift became the first female to ever sell out Gillette three nights in a row for her Reputation Stadium Tour. And she did a damn good job of it.
It was humid, it was loud and there were more children under the age of 10 there than I thought appropriate given Swift’s new vibe, but everything about this show was so on brand and will be remembered for some time.
Before Swift herself came out, her opening acts, Charlie XCX and Camila Cabello, played their sets. I stared at Charlie’s abs the whole time and learned that she’s featured on more hits than I knew, and Cabello did what other great Gillette performers have done before her: performed in a Patriots jersey. Respect. 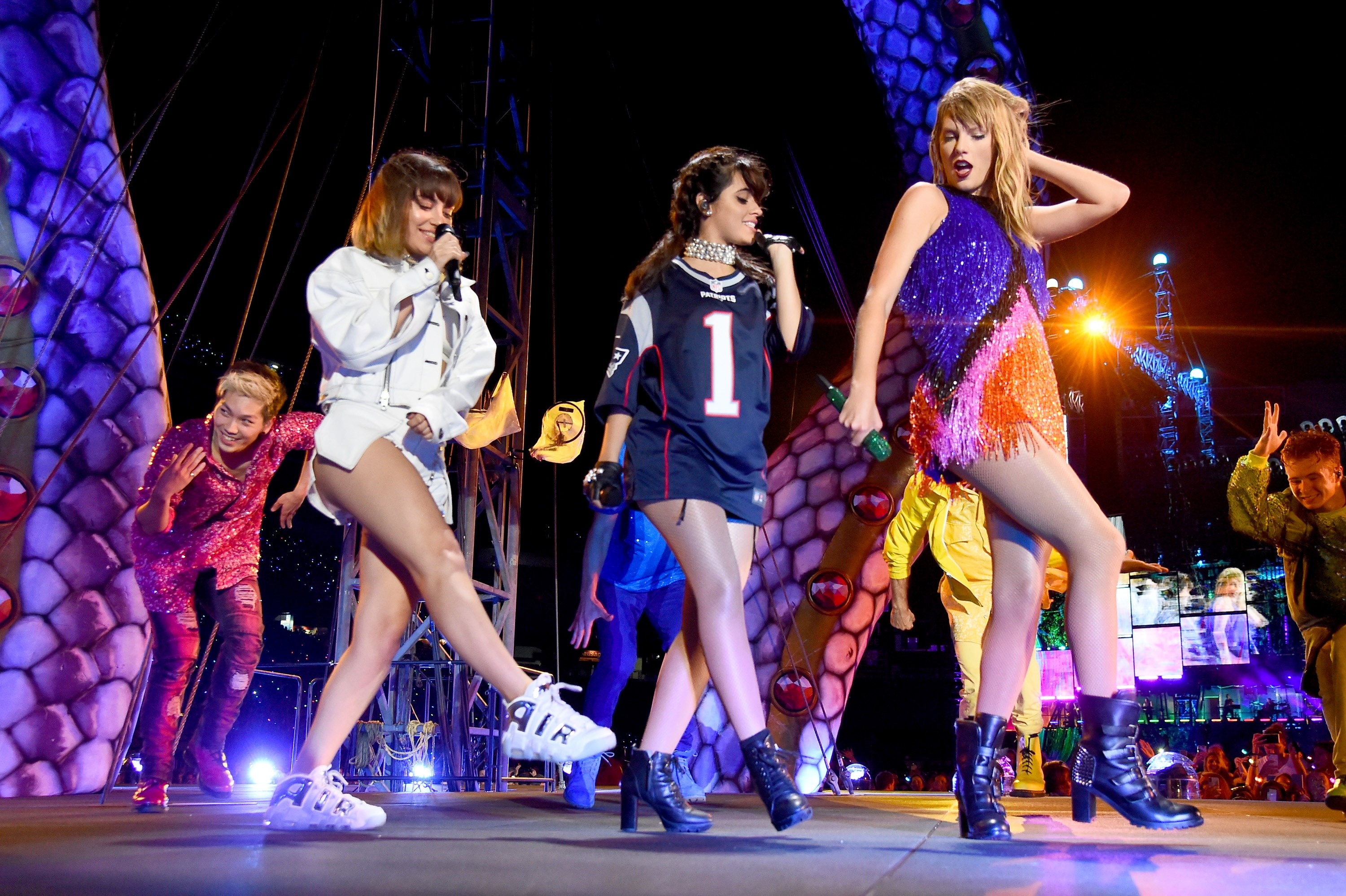 As the lights went down, Swift’s stage lit up with photos of her flashing by throughout the years of her career, dubbed over with the voices of news anchors and announcers reading off headlines or tidbits of things written and said about Swift in the past -- aka the entire theme of the “reputation” album. One phrase I caught was, “got the attention she wanted with an overly generous charity donation.”
Girl was not there to play.
Swift launched into “...Ready For It?” and the show was on. She played “I Did Something Bad” before even addressing the crowd, which I thought was poignant. All but one song (“Dancing With Our Hands Tied”) off of “reputation” made it on tour, and each was as showy as the next.

Of particular note was “Look What You Made Me Do,” where Swift brought out a legitimate tilted stage to reflect the lyrics, “I don’t like your little games, don’t like your tilted stage,” which fans were quick to point out when the single first came out was a dig at rapper Kanye West, who used a contraption of the sort on his Saint Pablo tour. 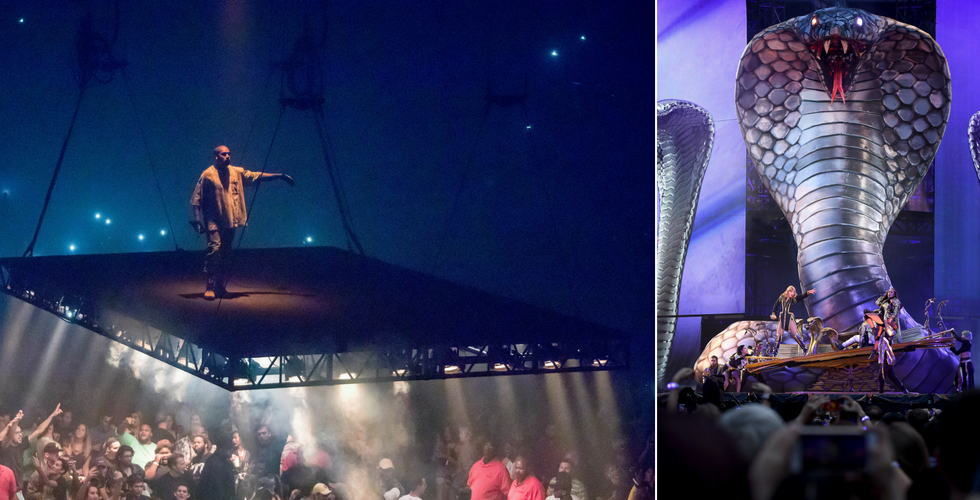 Swift also brought out a giant animatronic snake to the stage during this song’s performance. For reasons. 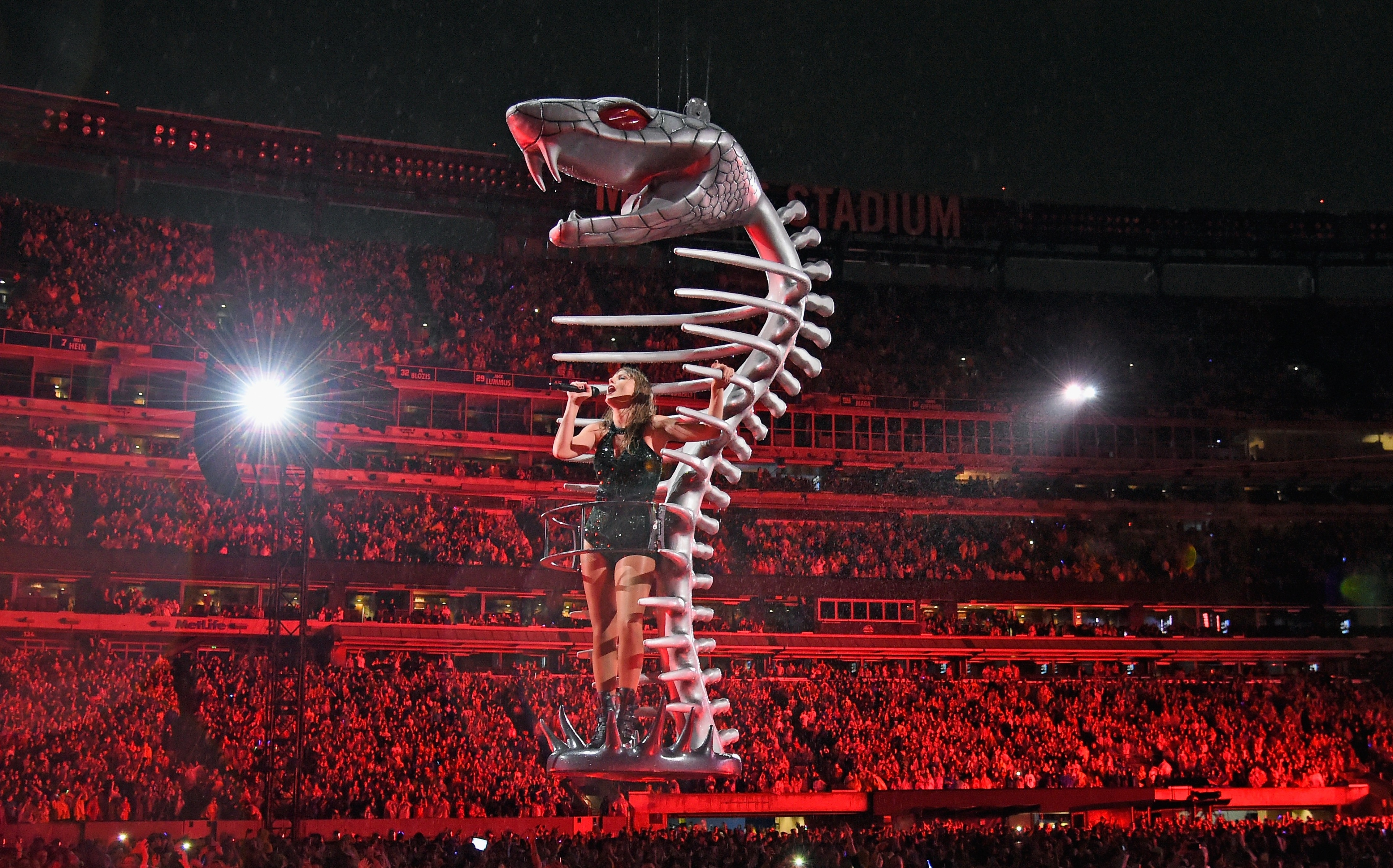 When "Gorgeous" came on -- the first few seconds of which feature  a very special baby named James saying the word "gorgeous" -- we got an adorable moment from the crowd. The parents of that very special baby, Blake Lively and freakin' Ryan Reynolds, were in the crowd and promptly jumped around when they heard their daughter's voice ring out through the stadium.

This was also my reaction, punctuated by an exclamation of, "YAS, James!"

Many shows leading up to the Gillette shows featured an old-school Swift song played acoustically on her own on one of the B stages. Last night it was “Ours,” and I immediately got transported into my Aeropostale T-shirt and onto the floor of my bedroom singing to a blurry photo of my middle school crush. I mean, no I never ever did that.

Swift also did “So It Goes” acoustically which was actually very lovely and I wished it existed like that on the actual album.

“Shake It Off” was a moment: Charlie XCX and Cabello made an additional appearance to help Swift (and her new snake friends) rock along with the entire audience. I won’t go into what happened to me spiritually when she played “Shake It Off” as the finale on her 1989 tour three years ago. You can DM me.
We got some more faves from that “1989” album in “Blank Space” and “Style” and “Bad Blood,” which were woven into mashups featuring “You Belong With Me,” “Love Story,” and -- wait for it -- “Should’ve Said No.” THAT’S RIGHT, Swift sang off her debut album. The crowd was not okay.
We also didn’t deserve the piano mashup of “Long Live” and “New Year’s Day,” that was just a gift.

Swift ended on “This Is Why We Can’t Have Nice Things,” a bop if I’ve ever heard one and an actually perfect roundup of what this album stands for. 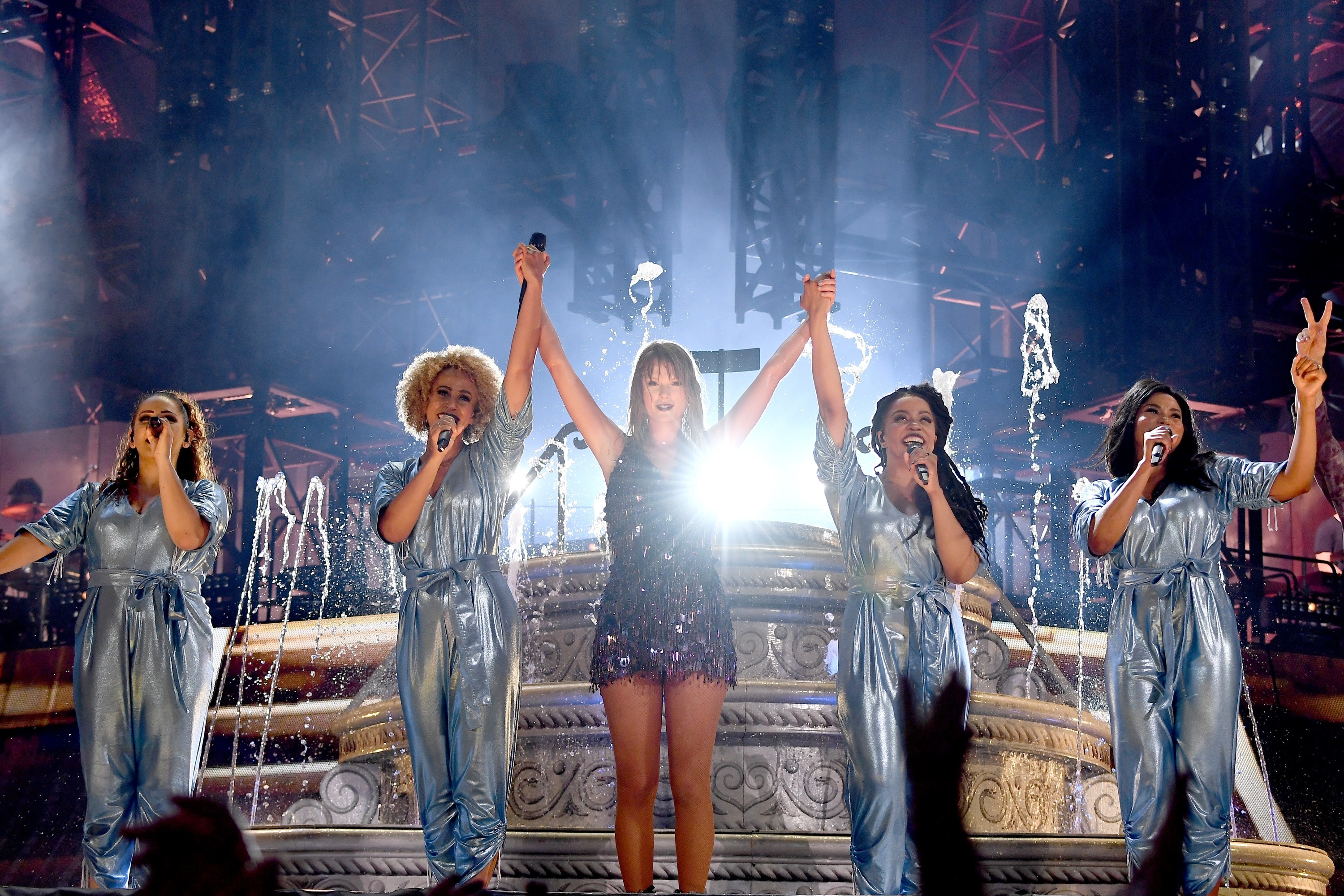 My one and only qualm with this show is that “All Too Well” should have been played at Gillette. Yes, you would have seen me in a puddle of tears, but you can’t beat that song live.
Now, Taylor, please don’t make me wait another three years for another tour. You and your fireworks have been missed.

The (Known) Timeline of Nick Jonas and Priyanka Chopra’s Relationship, as Told by Jonas Brothers Lyrics