by Christine Leone
Dec 19, 2019
The feeling you get from “Rudolph the Red-Nosed Reindeer: The Musical” and "Irving Berlin's White Christmas: The Musical” is the feeling you get from a warm mug of cocoa, a roaring fire and a cozy blanket. It feels so good you want to wrap yourself up in it all season long.
Now on tour through Dec. 29, both shows use classic Christmas movies as the jumping-off point for spectacular live stage shows filled with heaps and heaps of nostalgia. But they do so much more than just repeat movies you've seen dozens of times. Instead, both bring them to life and immerse you in their own versions of Christmas, making you want to say, “This feels nice." 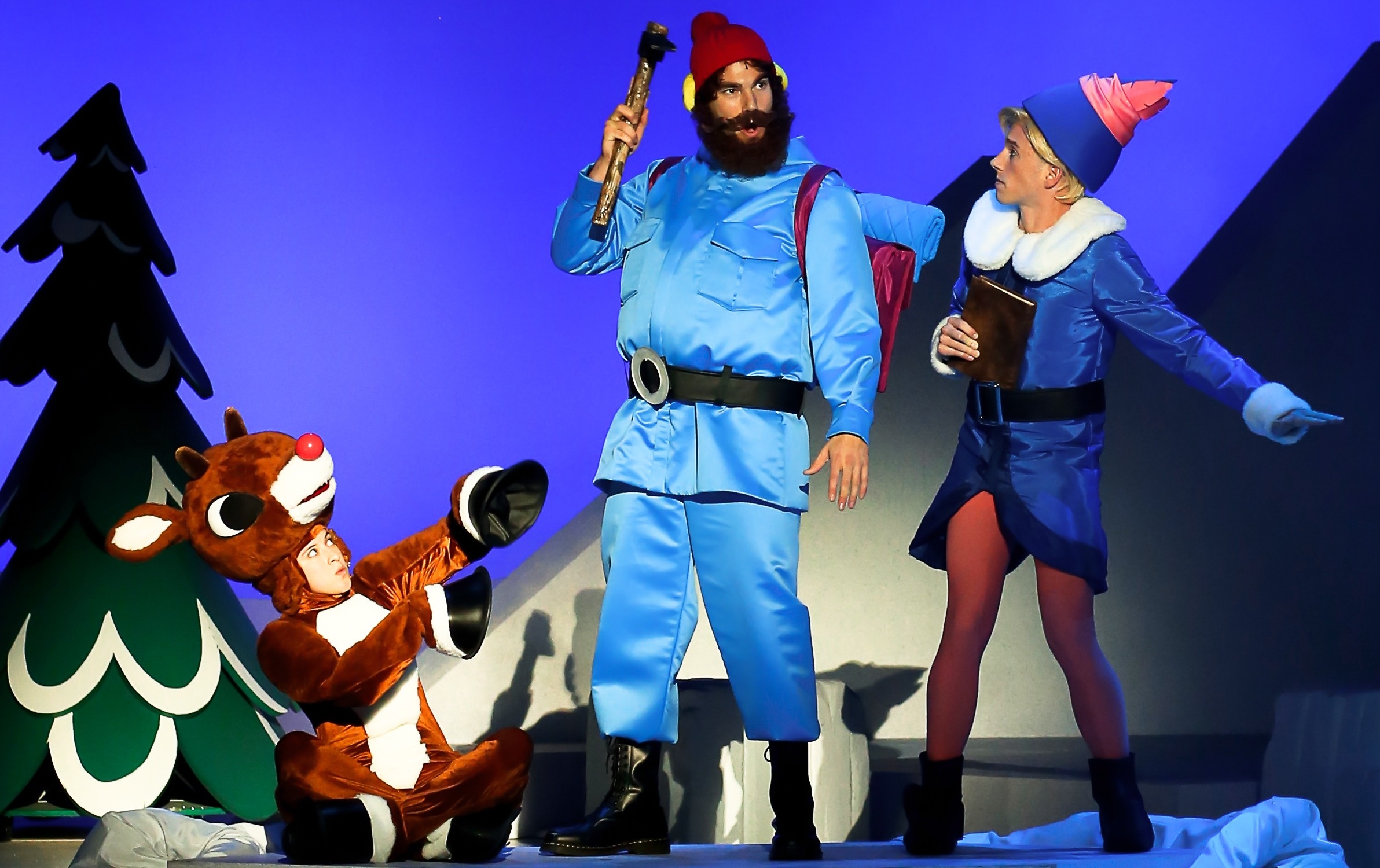 “Rudolph” carries you into the classic 1964 Rankin/Bass stop-motion animation movie to the delight of both children and adults in the audience. They bring all the elements of the movie into the show, including a flying Rudolph, a giant Abominable Snowman and even a “living” snowman who glides around the stage. All the songs you remember are there too, including “Silver and Gold” and "Rudolph the Red-Nosed Reindeer." The set is like a pop-up book and the actors mimic the voices you know perfectly and hit all the lines and beats that are ingrained in your brain from childhood.
I asked Rudolph "herself" (actress Sharon Pearlman) how they pull off such a perfect large-scale version of the movie. “In terms of the look, the costumes and the set design, it’s so incredible that I personally don’t need to do anything out of the ordinary to look like the character," she told me. But she did study the movie and soundbites “so that I could really capture Rudolph’s mannerisms, his body language and his voice.” And believe me, she nails it. 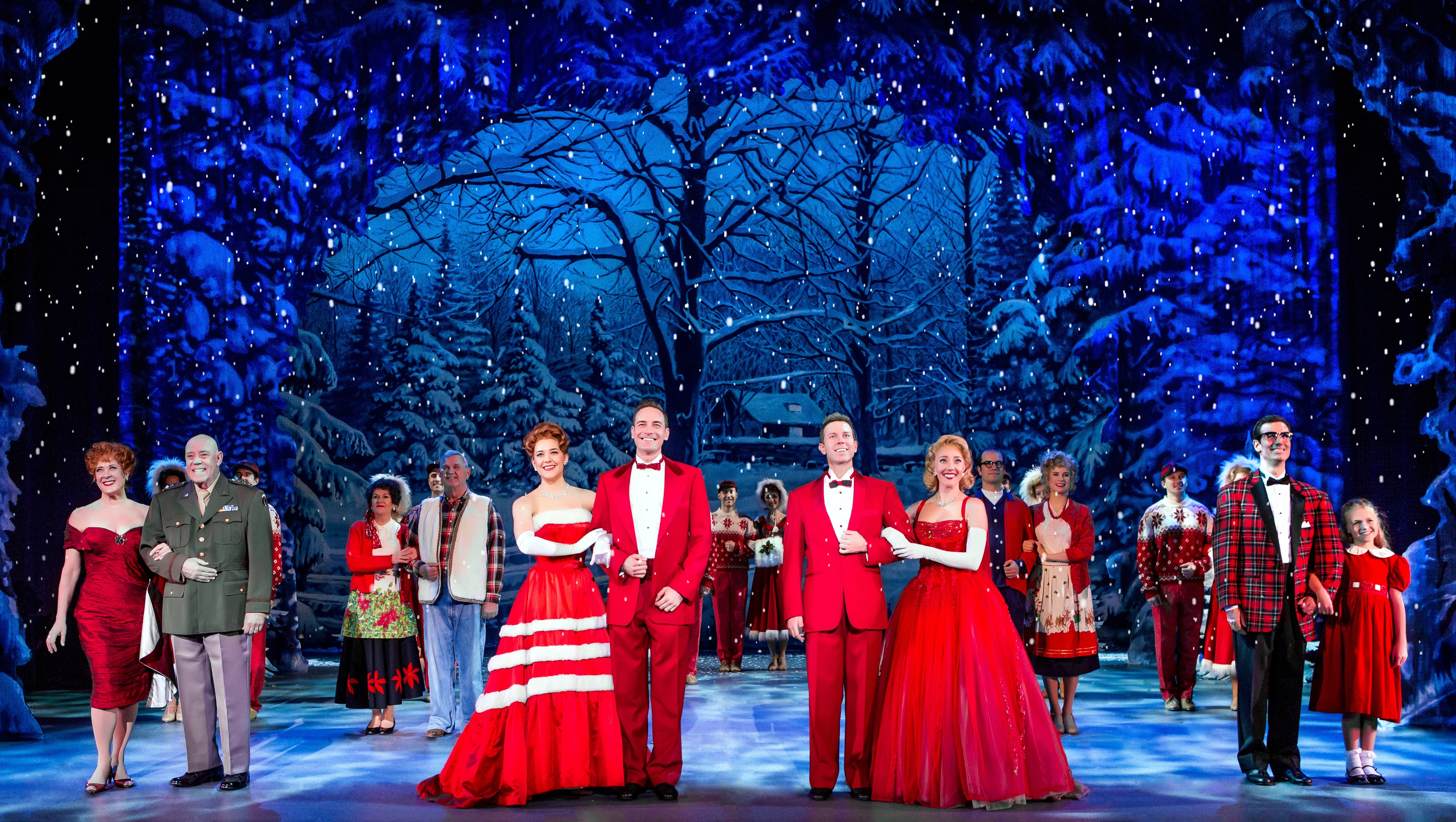 As for “White Christmas,” it’s not so much a carbon copy as it is an interpretation of the Bing Crosby and Danny Kaye-headlined film. The plot of the movie is simplified, the color is turned up a bit and the performances are bigger and brighter for the stage. Broadway vets Lorna Luft (Judy Garland's daughter) and Conrad John Schuck lead a cast of triple-threat performers.
By far, the show-stopper of the night is a 10-plus minute or so tap dance that opens the second act of the show. It builds and builds, with more and more dancers coming on stage to a glorious tap dancing frenzy like you haven’t seen in a long time. It’s just dancing for dancing's sake and a huge crowd-pleaser. 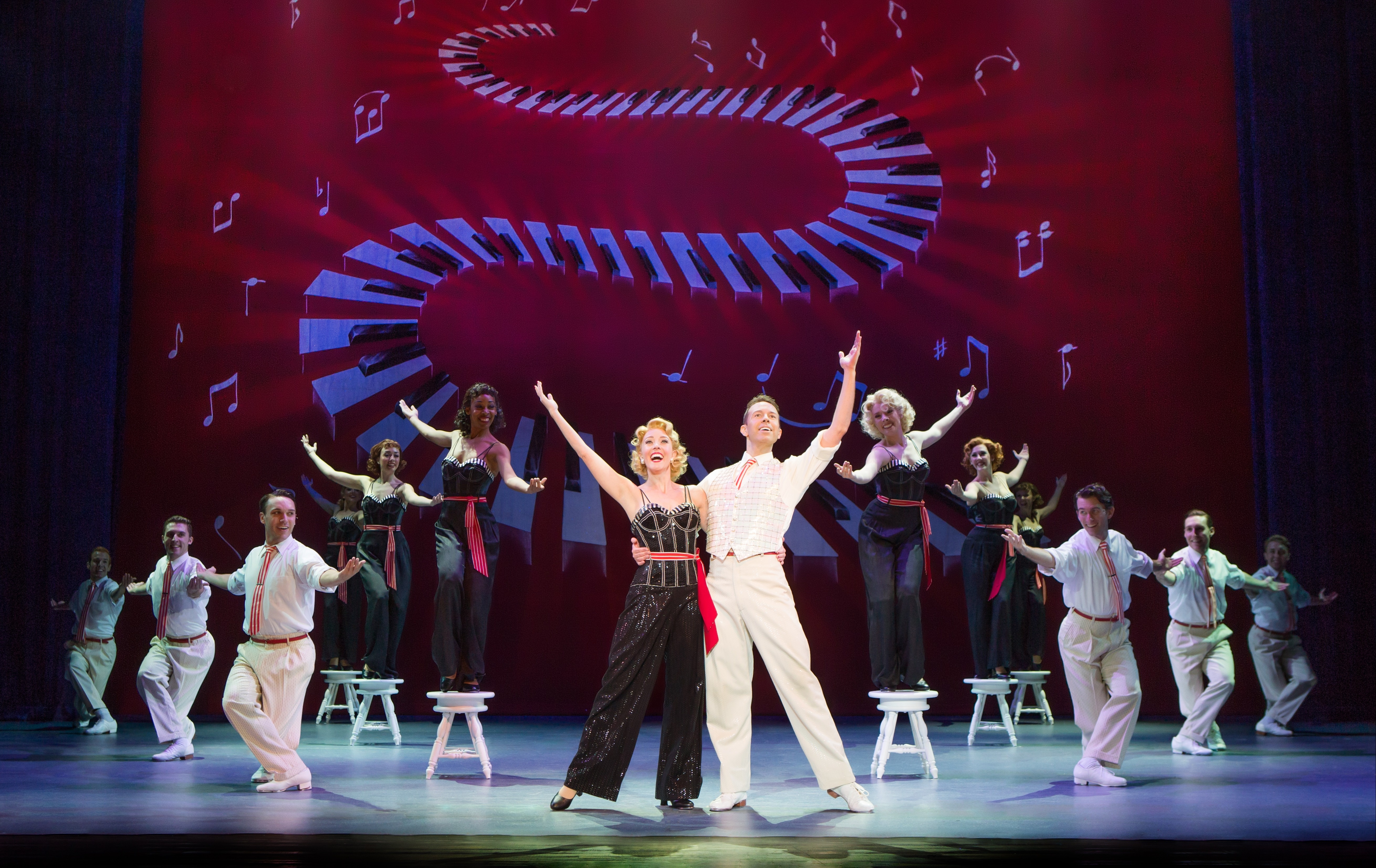 Kelly Sheehan, who plays Judy Haynes -- the smart troublemaker of the two Haynes sisters -- calls it a “big Broadway show come to life.”
“You don’t get to see that anymore,” Sheehan said of the tap dancing. And she’s right. From the costumes, to the sets, live music, singing and dancing, it’s a throwback to a time when musicals were splashier and shameless in their enthusiasm. Especially this time of year, it’s a welcome retreat from the holiday hustle and bustle.
Sheehan has been with “White Christmas” for 14 seasons now, playing Judy for the last five. And for many, these shows are such a huge part of their own holidays. “Seeing different cities and so many people say, ‘My grandma used to watch this every year and now we watch it every year and just carrying on that tradition, it’s just really special,” she said. 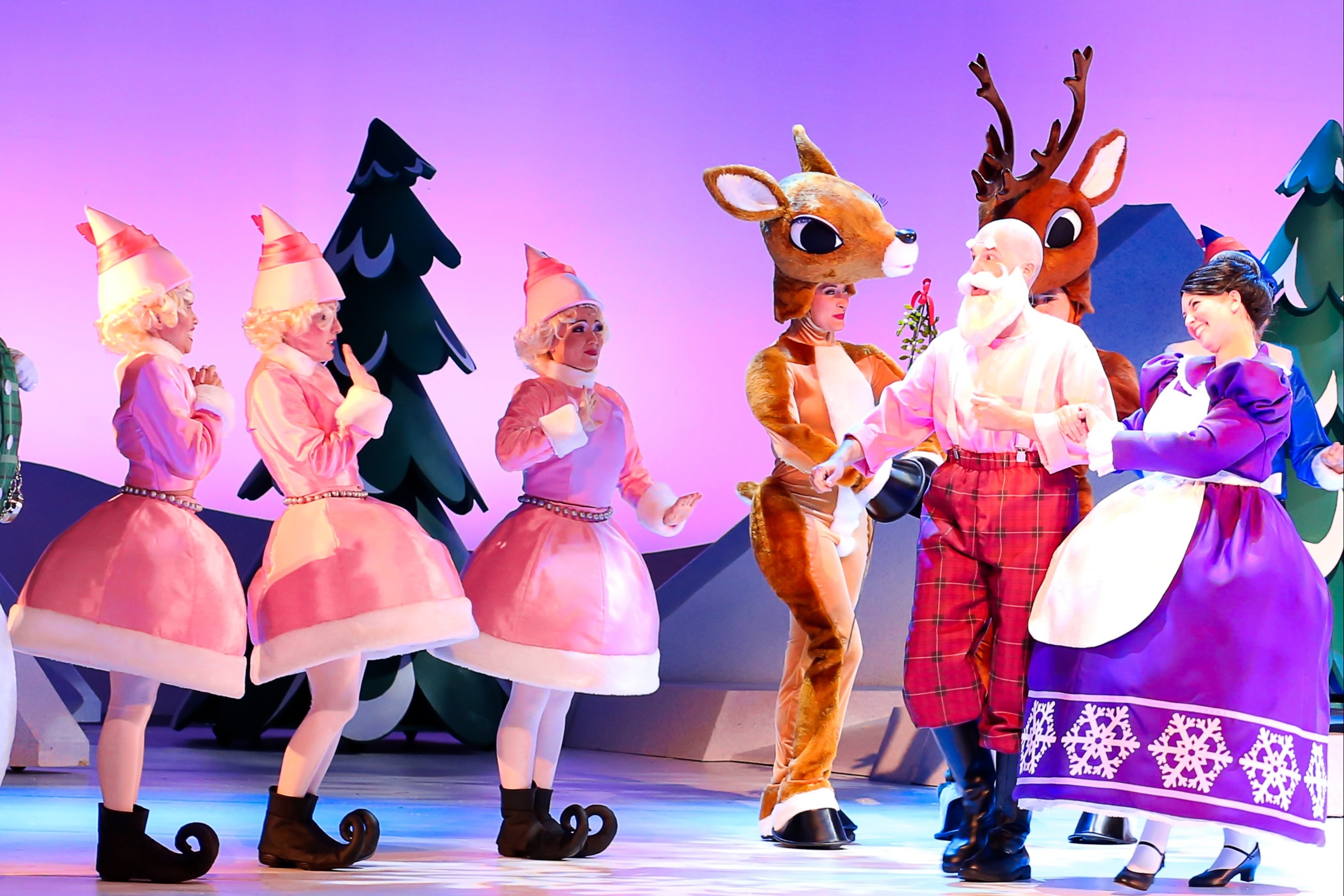 And even better, both shows have great messages that audiences can take away. Pearlman thinks there is so much kids can learn from “Rudolph.”
“Starting out with what seems like a liability and turning it into a superpower is a really powerful and universal story,” she said. “I think that as children everybody has something that they don’t like about themselves; so a lot of kids can see a little bit of themselves in Rudolph. Seeing Rudolph triumph over all that brings back that really warm nostalgia from when you watched it as a kid.”
“White Christmas” highlights the holiday theme of helping one another, as Bob and Phil team up to save their former general’s inn. “It’s such a sweet story that’s still relevant today,” said Sheehan. “It reminds us to be caring and sharing and open and loving. We can get so swept up into the commercialization of the holiday and we forget the real meaning of Christmas is friends and family. I think it’s a great reminder.” 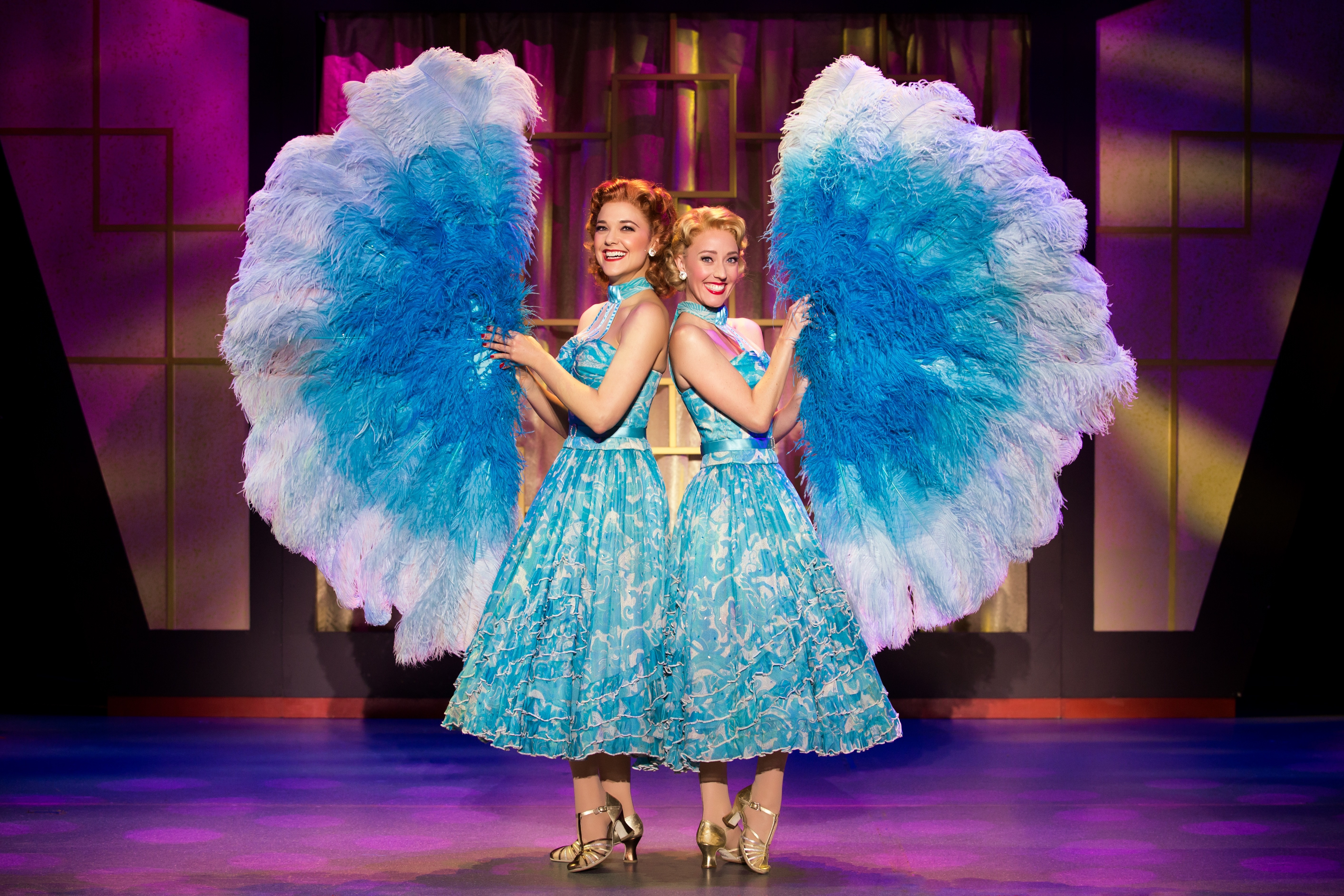 Do yourself a favor and try to see both of these shows this season or next. “It’s a bonding experience,” Pearlman said. “It’s cool that it’s a true family show. It’s usually either a child’s show or an adult show and this one is honestly for both.”
It’ll be the "hap-hap-happiest Christmas since Bing Crosby tap danced with Danny...” Well, you know the rest.
More info on "Rudolph."
More info on "White Christmas."

Which Christmas movie would you like to see a live stage version of?