So you've seen all of "WandaVision" -- OK, raise your hand if you can't get enough of the charming Elizabeth Olsen. Us, too. Viewers of the Disney+ show may have to say goodbye to Scarlet Witch for now (and hello to "The Falcon and the Winter Soldier" in two weeks), but not Olsen herself. From a paranoid ex-cult member to a grieving young widow, Olsen had already proved her acting chops before the first episode of "WandaVision" even aired -- and let's just say that girl got range. Read on for four performances from her that you just can't miss! 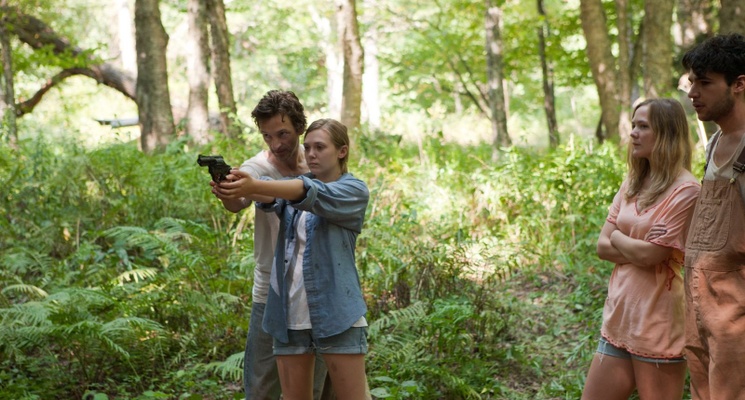 Martha (Olsen) is a young woman who's recently escaped from a cult to stay with her estranged sister (played by Sarah Paulson). While it may seem like the worst is behind her, adapting to a life of normalcy isn't easy as Martha deals with the traumatic repercussions of her time in the cult. Released in 2011, "Martha Marcy May Marlene" was met with critical acclaim and is considered Olsen's break-out performance.
Watch it on Amazon Prime, Apple TV+ or YouTube.

Did you know that Olsen was related to Mary-Kate and Ashley?