Bake the Most out of Your Summer With Berries, Tarts and a Food Network-Trained Chef

by Brigitte Carreiro
Jun 3, 2019
If you’re an amateur baker, you watch the Food Network, right? And Joshua Livsey, executive pastry chef at Harvest in Cambridge, Mass., is grateful.
Livsey is currently owning the show on “Best Bakers in America” after earning a finalist spot in 2017’s season of “Holiday Baking Championship.” The baking whiz chatted with Dailybreak about how his experiences have shaped his career. Lesson number one? Expect fierce competition.
“This is definitely more of the elite pastry chefs. I’m going up against people with James Beard nominations and people working at five-star resorts,” he said. “It’s just a much more intense competition [than "Holiday Baking Championship].”
Instead of appealing to the amateur bakers watching and learning from the Food Network (like me, hi, hello), as was the case during the holiday-themed show, Livsey revealed that “Best Bakers in America” is more concerned with letting established chefs show off their talent.
“What drew me to this one was the fact that it showcased pastry chefs and what we’re capable of and not so much how can we relate to the home baker,” he said. “This one is more about what people have dedicated their lives to. We’ve definitely been able to see some really cool techniques and flavor combinations.” 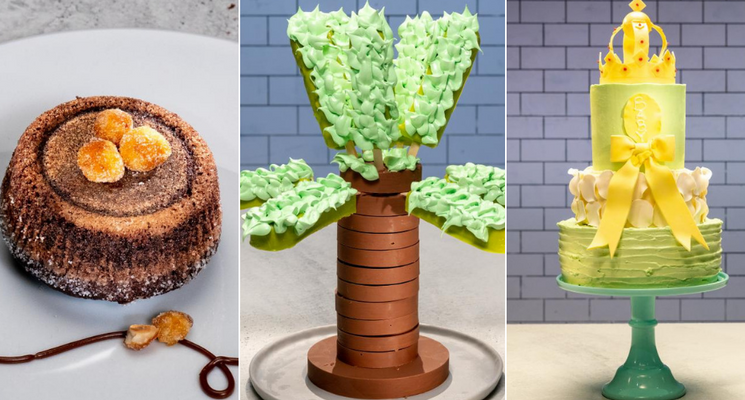 Livsey explained that even though he’s smack dab in the middle of a hotbed of talented chefs working in Boston -- the city is rife with James Beard-winning restauranteurs -- he feels that competing with other chefs isn’t on anyone’s minds.
“Boston has a really fun pastry community. It’s not so much that we’re competing against each other than [it is] competing against ourselves and tying to elevate everyone around us,” he shared. “I enjoy seeing what other people are doing and being inspired by that.”
And that’s a philosophy he’s brought back to his menus at Harvest. The farm-to-table venue opened its doors over 40 years ago, and Livsey has been able to use the local ingredients at his disposal to replicate some of his impressive creations from the show.
“It was good to have people tell you what to do and give you a framework, and then you just have to create something on the spot. Then I was able to take those ideas and elaborate them,” he said, using the example of a piña colada-themed smash cake that turned into Harvest’s coconut cream pie. 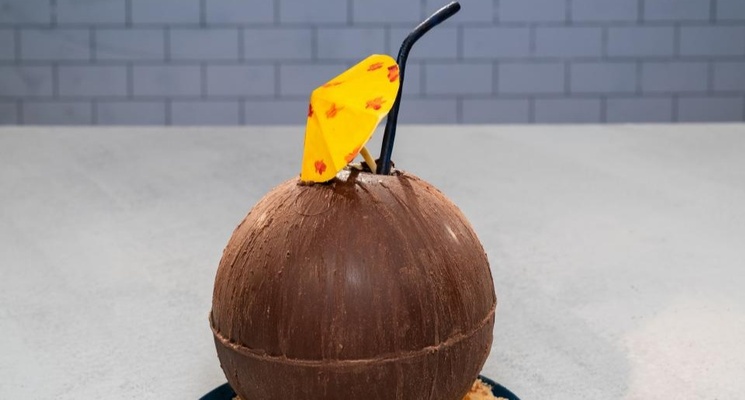 New to Harvest's menu? Poptails, classic cocktails with a yummy popsicle plopped right in. The restaurant concocted popsicle recipes to complement their classic libations (margaritas, mojitos, and espresso martinis included) for a spin on a summertime classic that's all the rage right now.
“We’re always looking for new ideas that keep us relevant without straying from who we are,” he said. His personal recommendation? Their signature mimosa with an orange creamsicle pop, made with blood orange juice sweetened with heavy cream.
As the weather gets warmer, Livsey recommends getting creative with berries.
“Growing up, strawberry picking was a big part of my childhood, so there’s the nostalgic aspect,” he said. “We are just around the corner from strawberry season!”
Finding your favorite combination of berries is just the beginning when it comes to creating the perfect summer dessert. Perhaps you’ll start with Livsey Lemon Pistachio Tart.
Pistachio Crust
Yield: 12-inch rectangle tart
Time: Mix (15 minutes.), chill (1 hour), bake (15 to 20 minutes)
Lemon Filling
Yield: 10-inch rectangle tart
Time: Cook (10 minutes), cool (1 hour)
Meringue
Yield: 10-in rectangle tart
Time: Cook(5 minutes), whip (5 minutes)
"The key to a perfect meringue is using it right off the mixer, proper meringue will hold its shape and shine for a long time if piped immediately," according to Livsey. 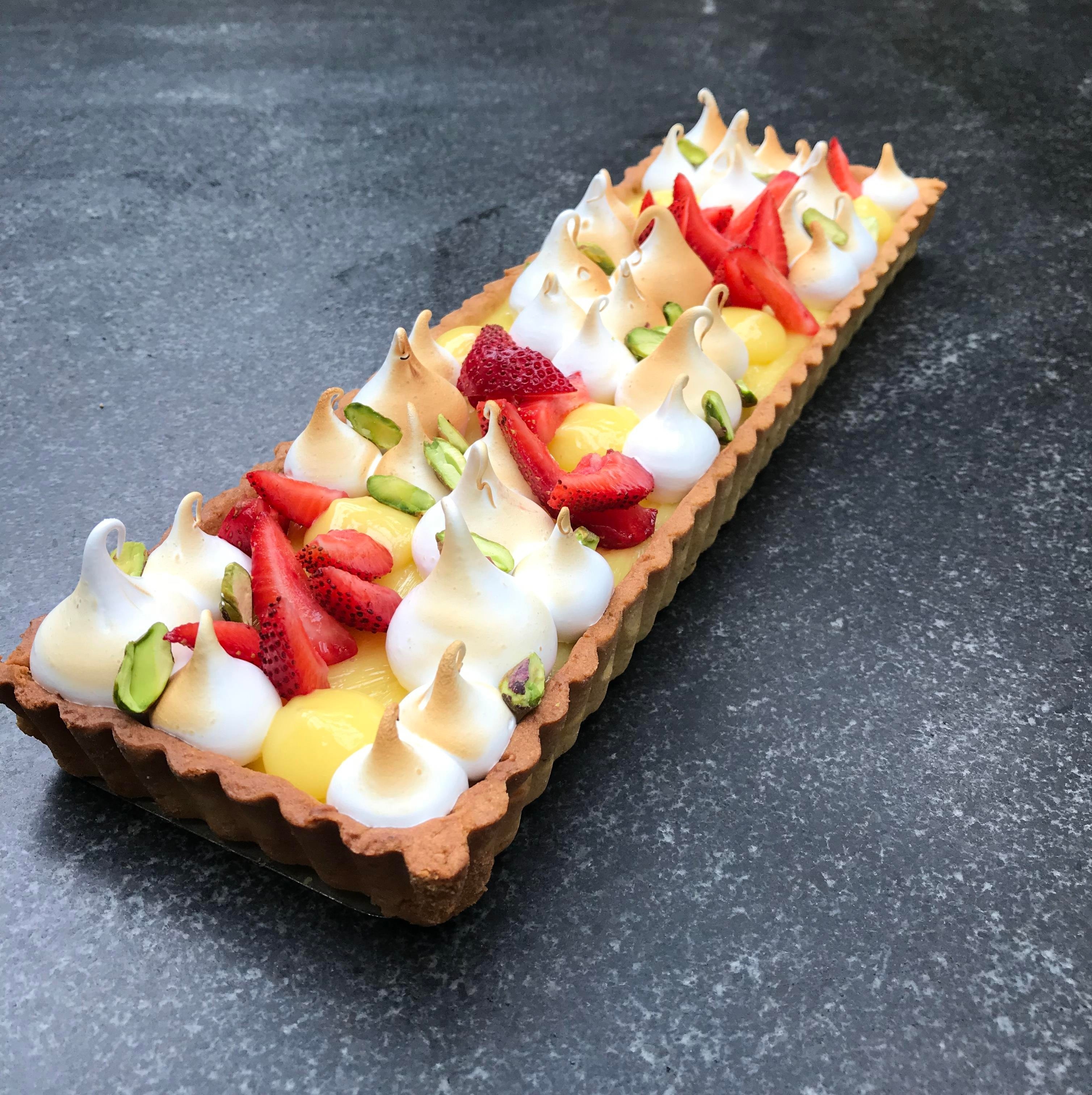 Catch Joshua Livsey on “Best Bakers in America” Mondays at 9 p.m. ET on the Food Network for more expert baking tips. I’ll be at Harvest, sipping on a poptail.

Do you consider yourself a savvy baker?