All hail the King.

by Brigitte Carreiro
Jul 23, 2019
Just a few weeks ago, Austin Butler ("The Carrie Diaries," "The Dead Don't Die," formerly a Nickelodeon gem) was confirmed to take on the role of Elvis Presley in an untitled biopic project. Co-written and directed by legend Baz Luhrmann, the story will follow Presley's early success and his life after age 35, centering on his complicated relationship with manager Tom Parker (a role Tom Hanks will tackle). Beating out other young, hip actors like Miles Teller and Ansel Elgort, Luhrmann said in a statement that he'd "heard about Austin Butler from his stand-out role opposite Denzel Washington in 'The Iceman Cometh' on Broadway."
"I knew unequivocally that I had found someone who could embody the spirit of one of the world’s most iconic musical figures," he continued.
Butler will also appear in Quentin Tarantino's "Once Upon a Time in Hollywood" (out everywhere July 26) alongside Leonardo DiCaprio, Brad Pitt and Margot Robbie as Charles Denton "Tex" Watson, a member of the infamous Manson Family. Naturally, that earned him a spot on the red carpet at last night's Los Angeles premiere -- and it seems like he's already doing promo for his Elvis project.
Arriving at the TCL Chinese Theater on Hollywood Boulevard (a worthy venue, as Tarantino has called this film his "love letter to 1969 Los Angeles") with longtime girlfriend Vanessa Hudgens, Butler sported an all-black ensemble complete with his dress shirt unbuttoned just enough and expertly-pleated trousers. The iconic coil in his recently-dyed jet black hair drove the look home. 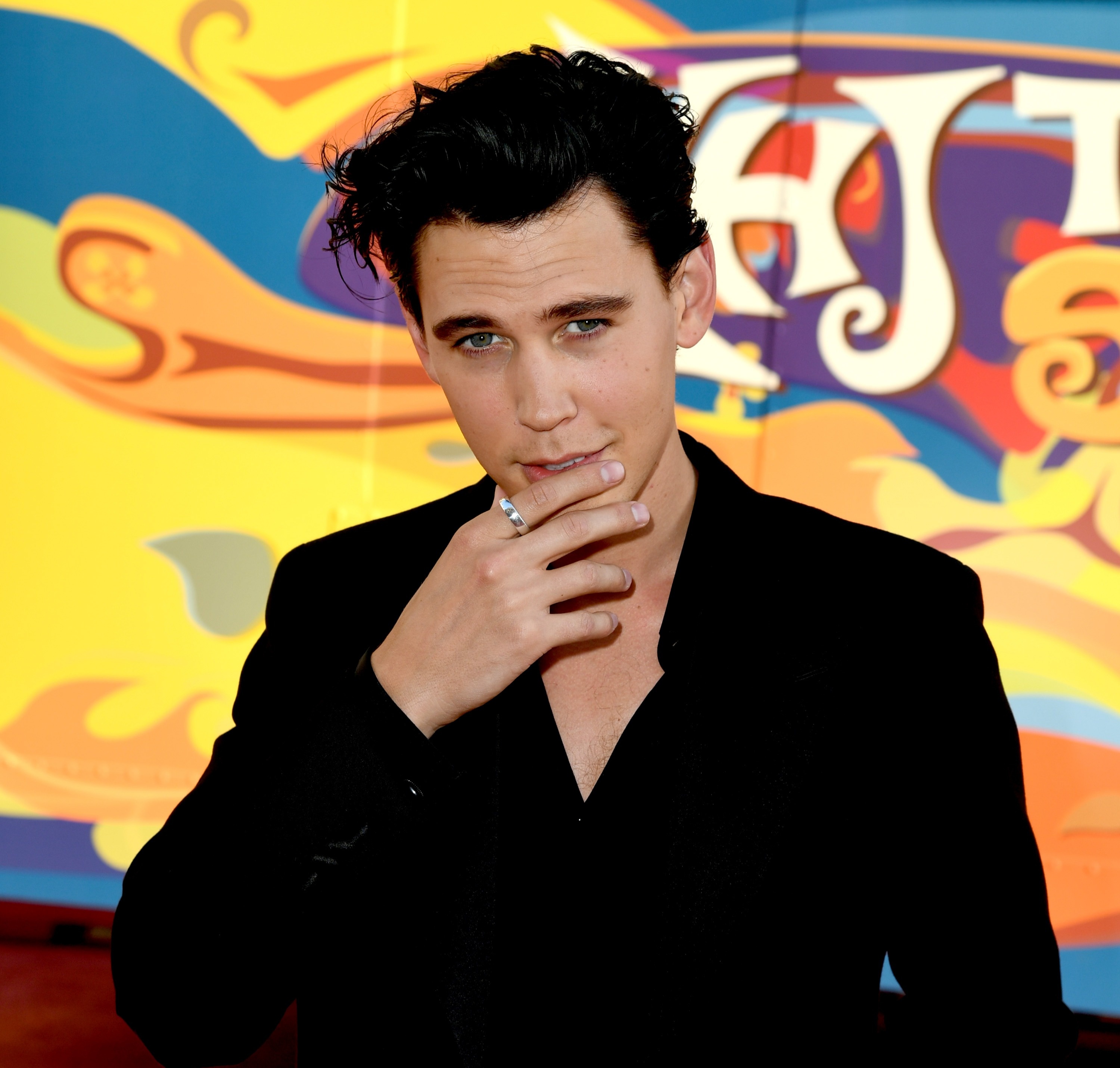 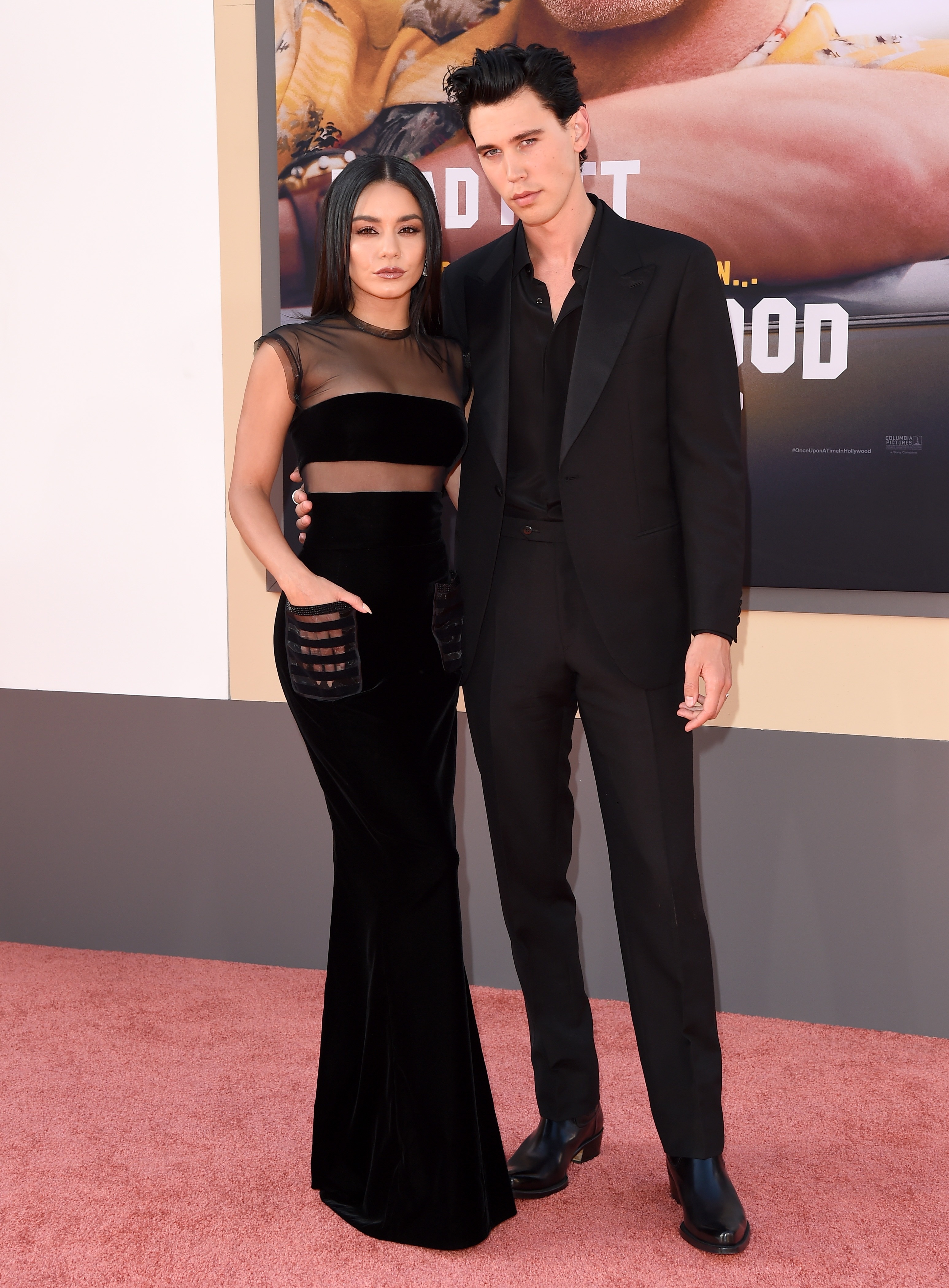 "I am just profoundly honored that Baz has invited me on this journey with him," Butler gushed to Entertainment Tonight at the premiere. "It's an extraordinary privilege. And I just feel so blessed to be working with such singular directors like him and Quentin Tarantino."
Of course, the rest of the "Once Upon a Time in Hollywood" cast dazzled as well, with Robbie sporting a beauty look reminiscent of the late Sharon Tate, whom she's portraying in a small role in the film. DiCaprio and Pitt, to no one's surprised, looked perfectly poised and all too suave. 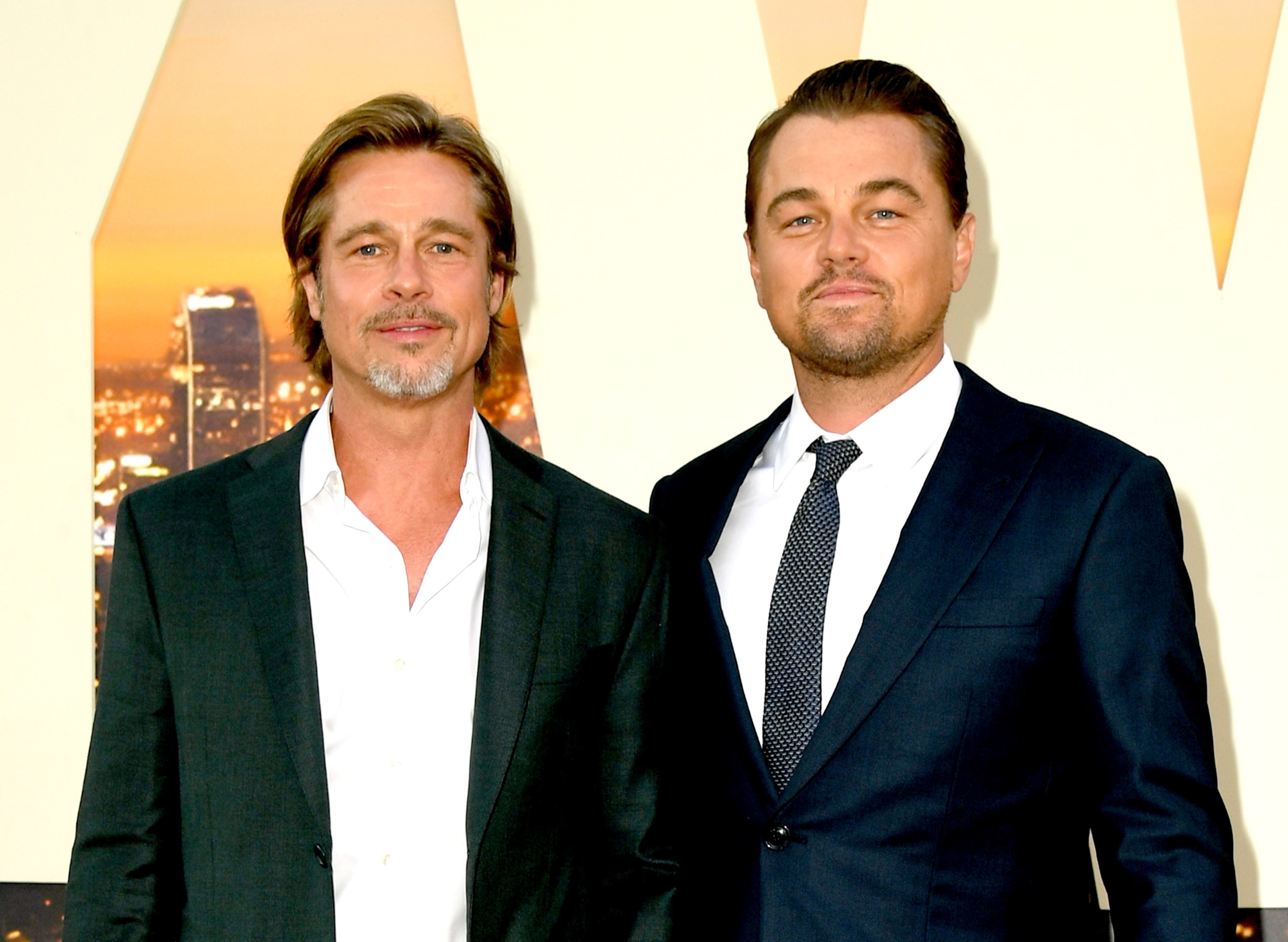 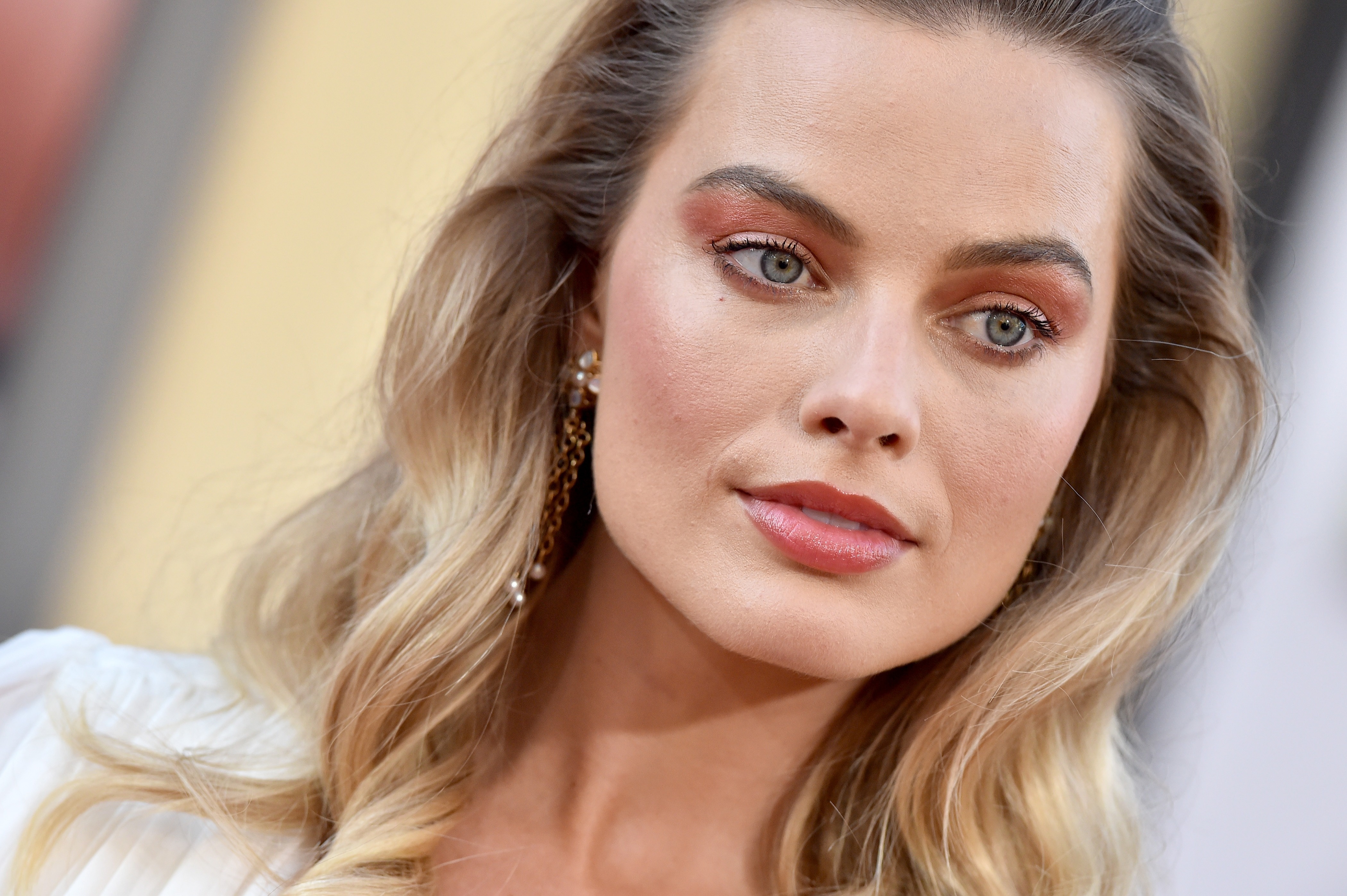 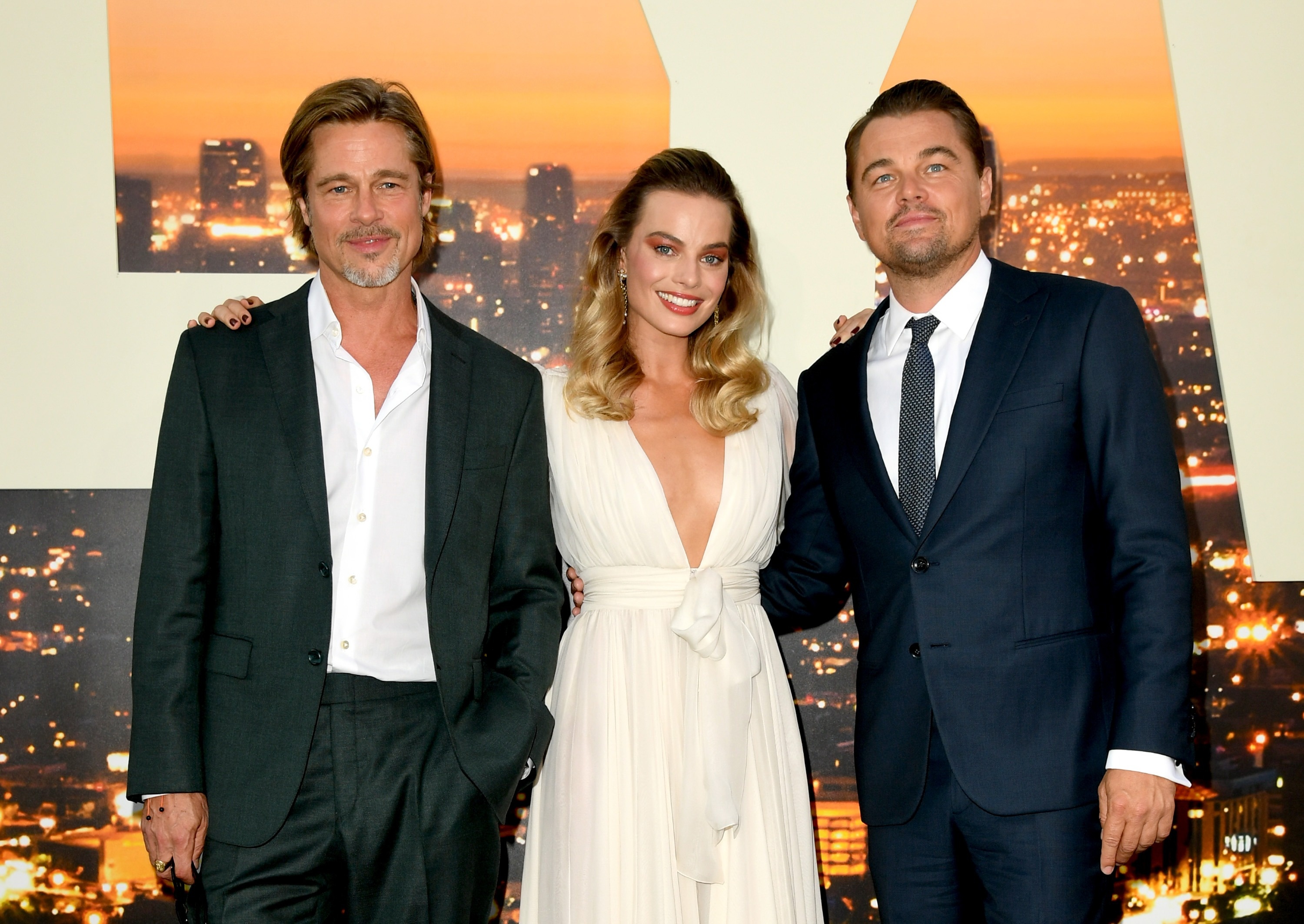 Other attendees included Britney Spears and Sam Asghari, making their first-ever red carpet appearance together, as well as Chris Hemsworth, John Stamos, Andy Serkis and Pierce Brosnan.
"Once Upon a Time in Hollywood," backdropped by 1969 Tinseltown, will follow actor Rick Dalton (DiCaprio) and his stunt double Cliff Booth (Pitt) as they navigate the changing landscape of movie-making amidst the sinister dealings of the Manson Family. This marks Tarantino's ninth (out of what he's always said will only be 10) film.

Can You Tell Leonardo DiCaprio & Brad Pitt Apart Despite Their New Movie Poster?

Elvis Is Getting a Biopic, so Who Would You Have Shake, Rattle and Roll as The King?

How Many of Leonardo DiCaprio's Biggest Hits Have You Seen?

15 Biopics That Need to Get Made ASAP