Yes, I Hear Those Irish Accents, but You Can’t Stop Me From Watching "Wild Mountain Thyme"

You'd think that people would be excited for a romantic drama with Emily Blunt and Jamie Dornan. But ever since the trailer for "Wild Mountain Thyme" was released yesterday, all of Twitter’s had something to say about it.

by Chloe Chow
Nov 12, 2020
Longing stares. A lush countryside. Swelling violins. Declarations of love in the rain. Attractive people on screen. I’m a sucker for all of it. I don’t care how cheesy the film is, or in this case, how bad the accents are. But for some, it's a major grievance -- and for "Wild Mountain Thyme," it's become clear that terrible Irish accents are a downright national transgression.
Even the Dublin Airport has beef with the movie:
The worst part is that Dornan is actually Irish. How can you mess that up?!
But I’m willing to overlook all of that to close my ears and open my eyes to the beauty of Ireland, Blunt and Dornan.
The whole basis of the story is that Blunt, who plays Rosemary Muldoon, has been next-door neighbors with Anthony Reilly (Dornan). She’s been utterly besotted with him for years, but of course, he’s the World’s Most Oblivious Love Interest. Walken (a living legend by all means, but also a heavy factor as to why the movie's getting accent-hate) grounds the film as Anthony’s father, who is resolute in his decision to leave the farm to Anthony’s American cousin -- JON HAMM. That's right, you can guess what happens next. Hamm's character, Adam, comes over to settle the land dispute and woos Rosemary in the process -- the courtship an impetus for Anthony to come to terms with his feelings and realize what he’s been missing all along. *swoon*The trailer's interspersed with shots of cows, bits of humor and Blunt singing (yet another gift). Sure, she spends most of her time in cozy sweaters looking lovelorn with dirt smudged on her face. But that’s the romanticized appeal here, people! If I can't be a rosy-cheeked heroine with wind-swept hair on horseback surrounding by rolling hills, then at least I can watch Blunt be exactly that. 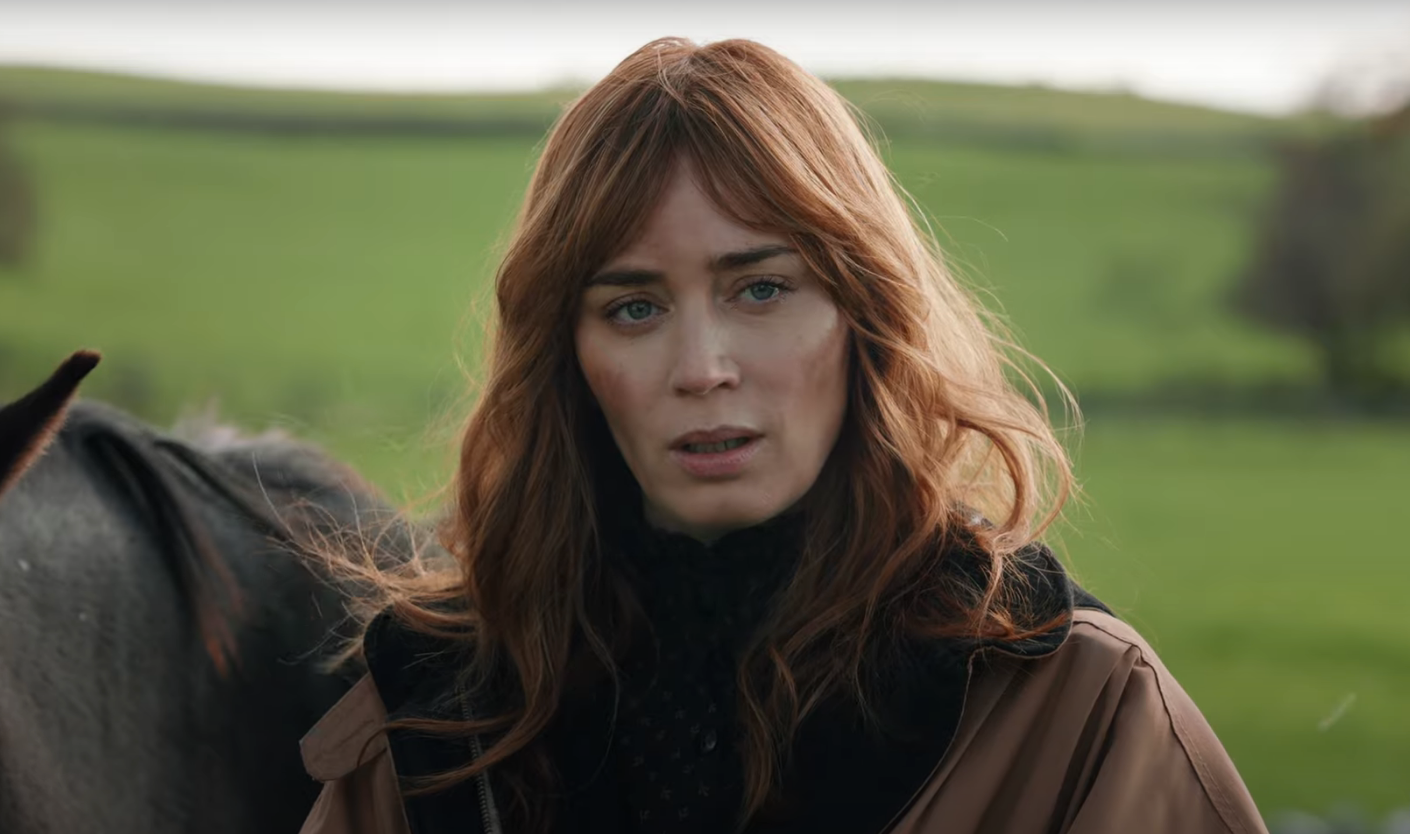 The cast might be butchering the Irish accents in "Wild Mountain Thyme," but I'm still all in. And if it gets to be too much, I'll just watch on mute with the subtitles on.

What's the worst accent you've heard in a movie?