by Theo Brown
Jan 9, 2019
This week's pick: "Thor: Ragnarok," a fresh, funny take on the traditional superhero movie of today.
One of 20 Marvel Cinematic Universe films, "Ragnarok" stands out among the rest -- and it's all thanks to New Zealand native director Taika Waititi ("Hunt for the Wilderpeople," "What We Do In the Shadows," "Boy"). But we'll get into that later.
For now, we can focus on Chris Hemsworth's biceps, Jeff Goldblum's face and Cate Blanchett's everything. And their acting abilities.
Almost forgot about their acting abilities.

What's it about, you ask? 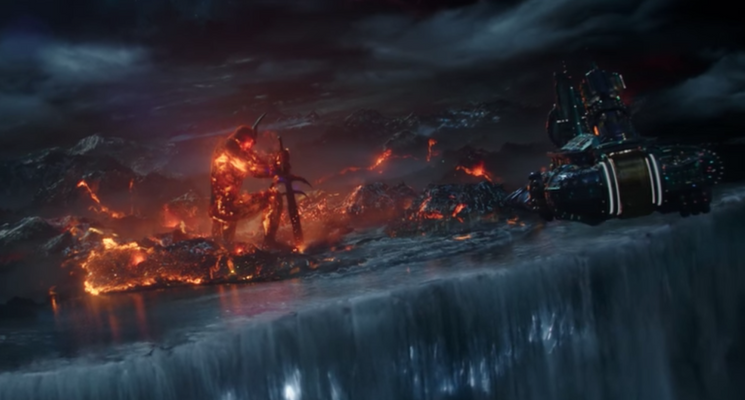 Spoiler alert: Thor doesn't die.
You probably know that already, thanks to "Avengers: Infinity War," but we figured it's worth mentioning. He does fight a great battle, deal with natural disasters (like the above-pictured demon-god shoving a sword through his home planet) and face a few other ginormous problems. So, "Ragnarok" the movie does loosely follow the myth, but it takes some creative liberties.
Enough mythical mumbo-jumbo, let's get back to the big picture, which is basically a Norse god family portrait where everyone but Thor's older sister Hela is smiling and Odin is in that weird place where no one can tell if he's senile or not but he's saying some pretty ludicrous sh*t.
That's "Ragnarok" in a nutshell.
When Thor returns home to Asgard from one of his many conquests, he employs his brother Loki to find their feeble old man and bring him back home. Well, they find him. And then he dies, or like, turns into dust or something. Kind of unclear. 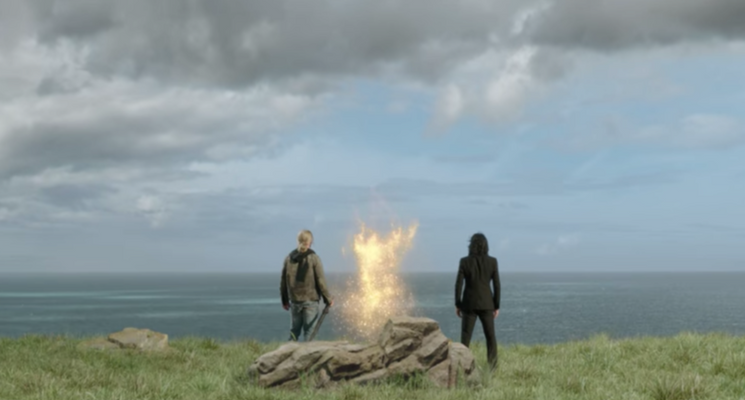 Next thing you know, Hela is back and she is p-i-s-s-e-d. We're talkin' "Brad from calculus class didn't notice her for the 134th day in a row" pissed, and she chooses to do what anyone else would do if they were back from exile seeing their family for the first time: kill them!
Thankfully, Loki and Thor escape mostly unscathed. Thor loses an eye but it's whatever. They wind up on an alien planet where time stands still and society revolves around a gladiator-style competition where contestants fight to the death. It's, in a word, awesome.
Now, we'd continue detailing every ridiculous plot point of "Thor: Ragnarok," but we don't want to ruin too, too much.
OK, fine -- one more thing: Hulk makes an appearance and he basically steals the show.

Finally! We can talk about Taika Waititi again. When he was brought on to direct "Ragnarok," people freaked out -- and not in a good way. Hollywood execs and amateur movie bloggers alike were certain Waititi was not the man for the job, and boy oh boy did he prove them wrong.
His imagining of "Ragnorak" was super fun, witty, smart, stupid, action-packed and to top it all off, incredibly well-received. I guess what we're trying to say is that it was different. It was quirky and it dared to go further than any Marvel movie has to date in regards to humor and what it means to be a hero.
Furthermore, it gave Thor, Loki and Hulk a deeper purpose and an additional character layer that they desperately needed. It depicted them without their powers, or without control over them, and that's something a lot of superhero movies fail to do: make their characters relatable.

If you're still on the fence...

Monday Morning Box Office Banter: We Didn't See It, Did You?