by Theo Brown
Apr 2, 2019
This week's pick: "Love, Death & Robots," a Netflix original anthology series that spans space, time and all levels of absurdity. Each episode is undeniably original, entirely surprising and endlessly entertaining, but when you get a project from the great mind of David Fincher ("Mindhunter," "House of Cards," "Gone Girl," "The Girl with the Dragon Tattoo," "Zodiac"), it can only be expected.
The animated series boasts 18 standalone episodes ranging from eight to 20 minutes, with each produced by different casts and crews, making for a unique viewing experience that caters itself almost too well to bingability.
It's almost like Netflix wants us to sit down and watch 18 cartoons back-to-back before realizing half of Sunday just went down the drain...
Anyways! Now that you've got the gist of things, we'll move on to the important stuff, like a detailed rundown of every episode and the reasons why you have to watch 'em. Most importantly, because not watching an animated short about how a cup of genetically-modified yogurt was able to convince the President of the United States to literally give it Ohio, eventually take over the world and bring the human race to a point of peaceful prosperity would be, in and of itself, a crime against humanity.

As you can probably tell, "Love, Death & Robots" is about, well, quite a bit. But -- before we move on, we want to make it abundantly clear: The "adult topics" covered in this show are adult. Netflix was not kidding. It should be called "Explicit Sex, Gruesome Murders and Life-Ending Robotos" instead. Honestly, we're surprised it isn't. But that's beside the point, that's just a warning for all you angry Dailybreakers that're gonna skim right down to the comments section and ream us out.
(I tried to warn you! I really, truly did.)
Alright, rant over. Let's do this thing.
Here is a rundown/ranking of every "Love, Death & Robots" episode, from the worst (read: still awesome just not as awesome as the rest of them) to the best.
1. "Zima Blue"
When a journalist is invited to meet the galaxy's most renowned, celebrated and mysterious artist, she learns the truth about his origins and his legacy...
2. "Helping Hand"
Stranded in orbit, detached from her ship, an astronaut is forced to take drastic measures if she wants to survive and not float in space for the rest of ever.
3. "When The Yogurt Took Over"
Scientists accidentally create a super-intelligent being in the form of...yogurt. The yogurt proceeds to take over the world. It's freaking hilarious.
4. "Alternate Histories"
If you've ever wanted to see what might have happened if Hitler died before WWII, and you want to see it in ridiculous fashion, this is the episode for you.
5. "Beyond The Aquila Rift"
This is basically "Dude, Where's My Car?" but 10x more horrifying and 30x more unrealistic. That is, for now...
6. "Fish Night"
One of our personal favorites. Two traveling salesmen encounter the ghosts of ancient sea creatures in the desert, but these fishies don't play very nice.
7. "Ice Age"
Topher Grace and Mary Elizabeth Winstead star in this episode, portraying a young couple who find an entire mini world in their new refrigerator-freezer.
8. "The Dump"
A city health inspector meets his match and his fate when he tries to get "Ugly Dave" to shut down his dump.
9. "Lucky 13"
Pilots are a superstitious bunch, but that didn't stop one rookie from taking on ship number 13, and absolutely killing it.
10. "Sonnie’s Edge"
In a world where "beastie fights" reign supreme, some competitors are willing to take the game into their own hands, no matter the cost.
11. "Suits"
Farmers. Southern stereotypes. Hordes of alien invaders. Giant mech-body suits heavily armed with explosives and artillery. Yep, that about covers it.
12. "Sucker of Souls"
If you unearthed an ancient vampire-ish being (that could heal itself) during an archaeological dig, you'd probably freak out too.
13. "Shape-Shifters"
In a world where werewolves exist, of course the U.S. would repurpose them as war-machines! That is, until they take matters into their own hands.
14. "Secret War"
Russian soldiers fend off an otherworldly foe in this epic battle for survival that sums up every reason we never want to join the army. Monsters or not.
15. "Blind Spot"
When a heist goes wrong, it's up to the newbie to complete the job. Don't worry, there's a pleasant surprise at the end of this one.
16. "Good Hunting"
The son of a spirit-killer learns that the forces his father was hunting aren't so harmful after all, so he falls in love with one.
17. "The Witness"
After witnessing a gruesome murder, a woman tries to escape the killer, only to commit an evil act of her own and then...repeat.
18. "Three Robots"
It pretty much says it in the title. Three robots on a post-apocalyptic tour of a ruined metropolis. Cute, for what it's worth. 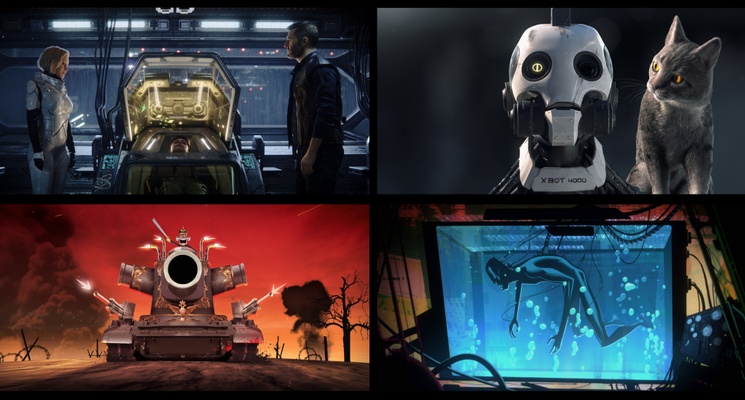 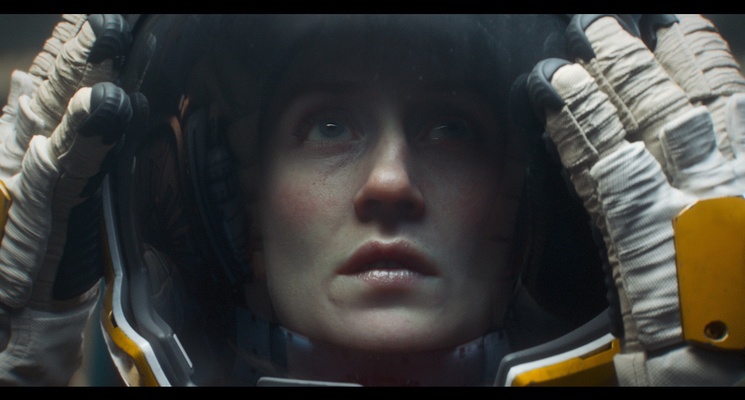 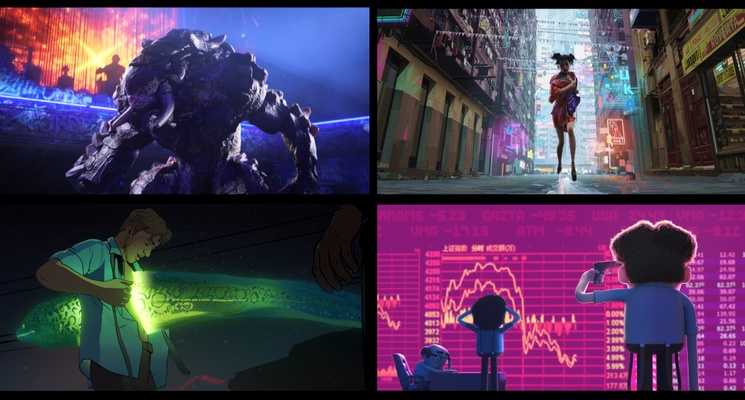 If you're not already getting the inkling that this show is "different," then maybe you haven't been reading closely. It's like a chopped up, spiced up, sexualized version of "The Twilight Zone" and if that's not a reason for you to care, we don't know what is.
Now, if you're on the other side of that computer screen and you're sitting there thinking "this is dumb" or "I won't like this show because it's too 'cartoony'" -- you're wrong. We hate to be crass! But, unfortunately, you're wrong. There is an episode of "Love, Death & Robots" for everyone. If you can't take the extreme themes, try "Fish Night." If you like sci-fi but could do without the blood, guts and nudity, give "Ice Age" a shot.
This show is, in our humble opinion, one of Netflix's best and most adventurous originals yet. If you want to have your world rocked over the course of eight minutes, give it a watch
If not, go watch HGTV or something.

Which Guy Fieri Are You?

Even Olympic Athletes Are Losing Their Jobs to Robots, as This Robo Ski Tournament Proves

Let's Talk About the Secret Government-Funded U.F.O. Research Team Over at the Pentagon