Unpopular Opinion: After Watching “Sharp Objects,” I Am Officially Done With Gillian Flynn

“Sharp Objects” had some unbelievable videography and incredible acting. “Gone Girl” had a twist that literally made me say “wow” aloud while reading. And yet, I am so done with Gillian Flynn I cannot even stand it. You had already ruined me, Gillian, but now “Sharp Objects” has me feeling like I just got my teeth pulled. If you hadn’t already guessed, spoilers are absolutely ahead. 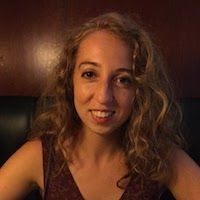 She made me loathe Patricia Clarkson.

I didn’t want to hate Patricia Clarkson -- I really didn’t. She seems like a fine lady, but now she makes my skin crawl, and I wish I never saw her toting around blue bottles of “medicine.” If I were to see her on the sidewalks of Wind Gap, I’d instinctively shudder and run away, which is very rude. You did this to me, Gillian. You did this to Patricia!

She put Amy Adams through the ringer.

I just want a happy ending for Camille, is that so much to ask? Not only is her character struggling, but blessed Amy Adams is also going through it. Vulture reported that, at their fastest, it took makeup artists two-and-a-half hours to put on the scars, and another two hours to take them off (for full body shots). Amy deserves a break and time with her family -- come on, Gillian!

She makes me feel like no one is safe from their parents.

What damages have my parents secretly imprinted upon me? A lack of confidence or self-love? Did they slowly build up my tolerance to rat poison? I never thought so, but NOW I’M NOT SO SURE. Please help my paranoia, Gillian, and write some parents who did some wonderful, or even just base-level child rearing. I beg of you.

Every female character she writes is the most messed up human on the planet.

This one goes back to “Gone Girl.” Stop turning every single female in your works into the she-devil of the century. Or, into this damaged-yet-saintly martyr whose life has more baggage than a luggage store. There are some normal women in this world! There are dozens of us, at least! For the love of God, make a female character who has had more average, normal experiences than not.
Considering every one of Gillian’s characters has a tortured past, present or both, all of which is shrouded in layer upon layer of mystery, I honestly hope she’s doing OK. Gillian Flynn seemingly likes to ruin people’s lives by getting them deeply invested in some real dark sh*t, and I’ve had enough. Sure, I’m going to obsess over her future novels and cinematic endeavors, but I’m not going to like it one bit.