Travel Tuesday: How to Rock the Macy’s Thanksgiving Day Parade Like a Pro

by Brigitte Carreiro
Nov 20, 2018
When I think of the holidays, one of the first things I think about is Macy’s. Call it nostalgia, call it killer marketing, I don’t care -- fact is, the superstore knows they’ve got America in their pockets from Thanksgiving until the new year. I mean, hordes of people traveling to New York in December make the Macy’s windows a literal stop on their itinerary, you know?
The Macy’s Thanksgiving Day Parade is the biggest parade in the world and goes back to 1924 when employees marched to the 34th Street store location in flamboyant costumes complete with bands and zoo animals borrowed from Central Park Zoo. Santa Claus has been welcomed to Herald Square pretty much every year since then, and the parade has only gotten bigger and better.
If you’re planning an out-of-state Thanksgiving, New York is one of the obvious choices, but going to the Macy’s parade is no easy feat. Millions -- and I mean millions -- of people show up along Central Park to see the big Snoopy balloons and A-list performers. If you’re not willing to get a hotel room and instead want to experience the parade from the ground up, here’s everything you need to know to do it well. Be sure to check out the 25 balloon inflations the day before as well!

The balloons and floats will make their way through two-and-a-half miles of Manhattan, giving you plenty of options of where to park yourself to witness the historical parade.
Kicking off at the corner of West 77th Street and traveling along Central Park West, most people will claim their spots along West 75th to West 59th, probably aiming for an hour-and-a-half commitment rather than a three-hour one, given that since the parade starts in the Upper West Side, it’ll pass by earlier and finish up quicker. After turning onto Columbus Circle, from which there’s no viewing allowed, everything will make its way down 6th Avenue with prime observation between West 59th and West 38th before finishing up at Macy’s Herald Square, where you’re not allowed to hang out. 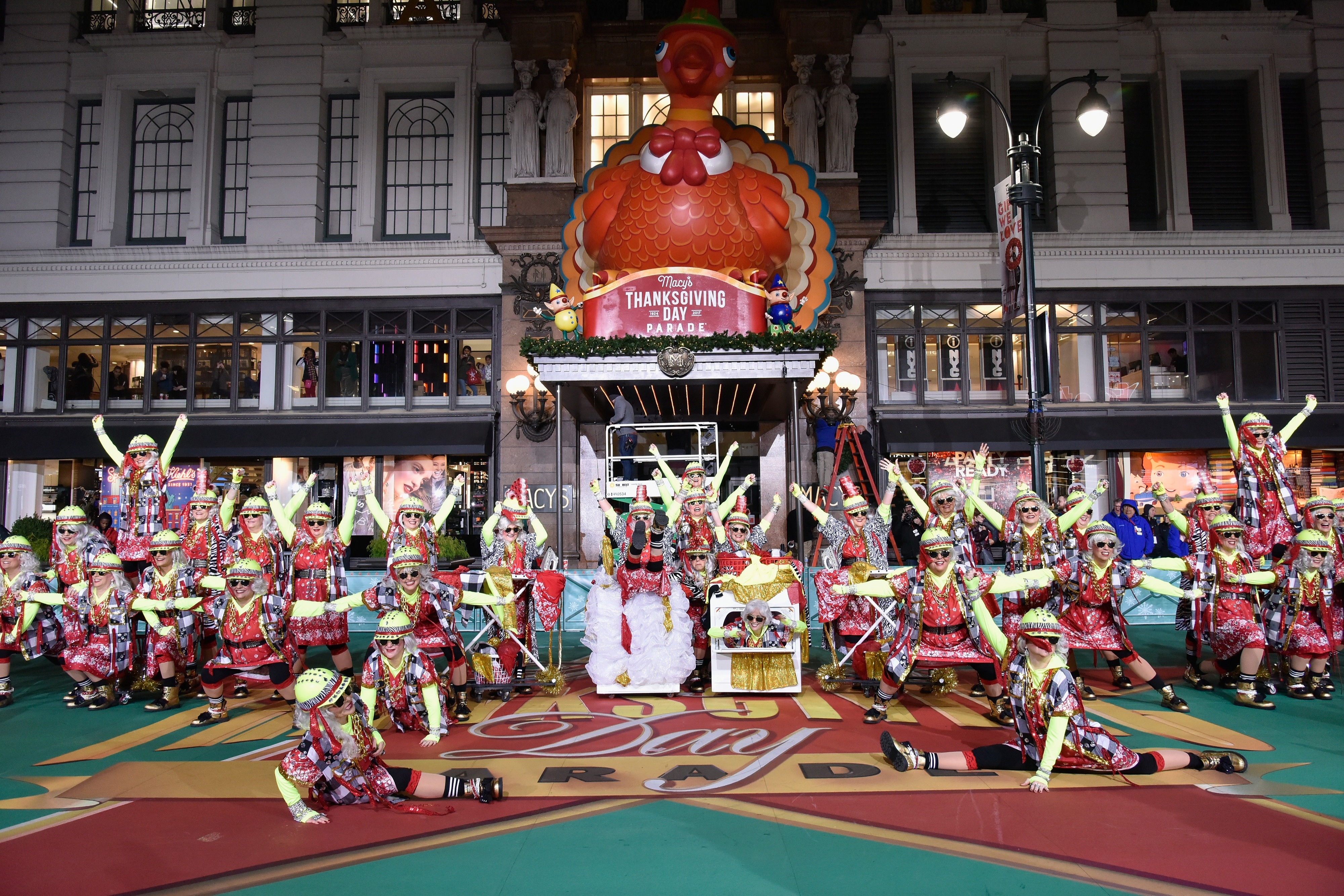 Note: All of the TV stations that make it possible for the rest of us lazy folk to watch the parade will be set up along West 34th and West 38th Streets and on West 34th Street between 6th and 7th Avenues. Don’t go there unless you want obstructed views (or if you want to try to get on the news, I guess).
Position yourself near a bathroom
I feel like most people consider this as an afterthought, but it’s important, guys! Think about your bathroom breaks before you pick a spot to watch the parade from. If you’re the kind of person who doesn’t have to pee three times an hour, I salute you, but otherwise it’s best practice to find a piece of sidewalk that you can get into and out of easily enough to find a public bathroom. Or use this map of every Starbucks in Manhattan (as of 2013, so still do some research) -- you don’t even need to buy anything to use their bathrooms anymore!

When to get there

No real tips or tricks here: Parade attendees start their camping around 6 a.m., so if you want any semblance of a view, aim for around there. The parade will actually start at 9 a.m. and should reach Macy’s Herald Square at noon, if all goes as planned. 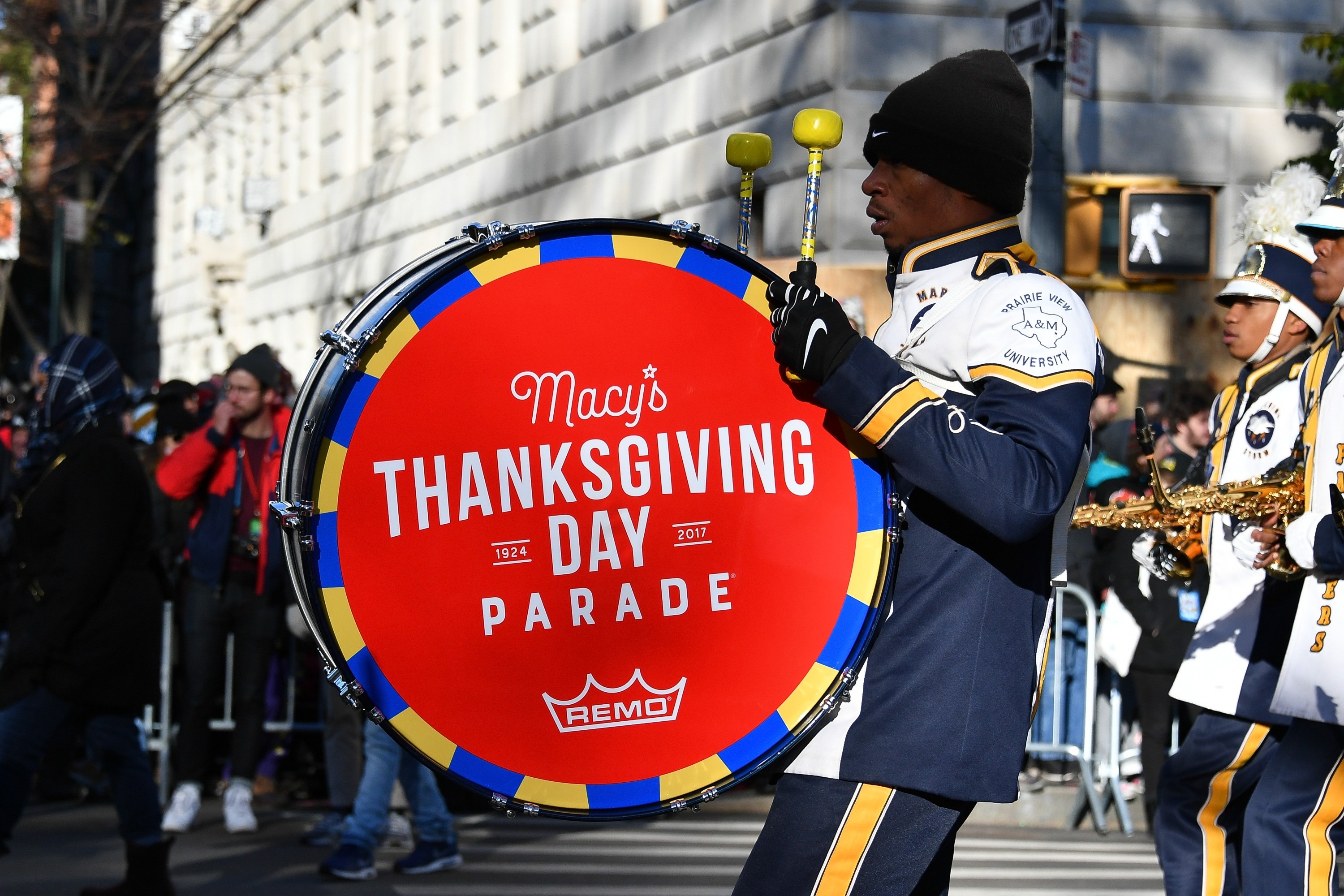 Who to look out for

The Macy’s Thanksgiving Day Parade performers are always a standout, if you somehow catch them all. Here’s who you aren’t going to want to miss, whether you’re on the street or the couch:

If not the Macy's parade, which Thanksgiving parades have you been to?