Why Fans of "Rent" and "Hamilton" Should Care About the Adaptation of "Tick, Tick... Boom!"

by Christine Leone
Nov 11, 2019
Take the Bohemian angst and rock melodies of "Rent" and the star and creative mind of "Hamilton," put them in a blender and pour out a tall glass of “Tick, Tick... Boom!” The latest musical adaptation will be coming to Netflix sometime next year and will be directed and produced by Lin-Manuel Miranda, of "Hamilton" fame.
The movie will star Andrew Garfield (“The Amazing Spiderman” and "Angels in America") as Jon and Alexandra Shipp (“Dark Phoenix”) as Susan, as well as Vanessa Hudgens (“The Princess Switch” and "Rent: Live") and Robin de Jesús (“The Boys in the Band”). Imagine Entertainment’s Brian Grazer, Ron Howard and Julie Oh will assist Miranda in producing duties while Steven Levenson (book writer of “Dear Evan Hansen”) will pen the screenplay.
Written by Jonathan Larson, who also wrote the book and music for “Rent,” this autobiographical tale tells the story of Jon, a struggling composer trying to make it in the theater world on the cusp of his 30th birthday. If you listen closely, you can hear vague outlines of "Rent," especially in the rock-chants of a frustrated artist in “No More.” Larson first performed the show in an off-Broadway workshop in 1990, while "Rent" began workshops in 1993, so it almost feels like a rough draft of what would become Larson’s big hit before he passed away at age 35 from an aortic aneurysm in 1996. Especially tragic when you realize what a ticking time bomb his life really was at such a young age. 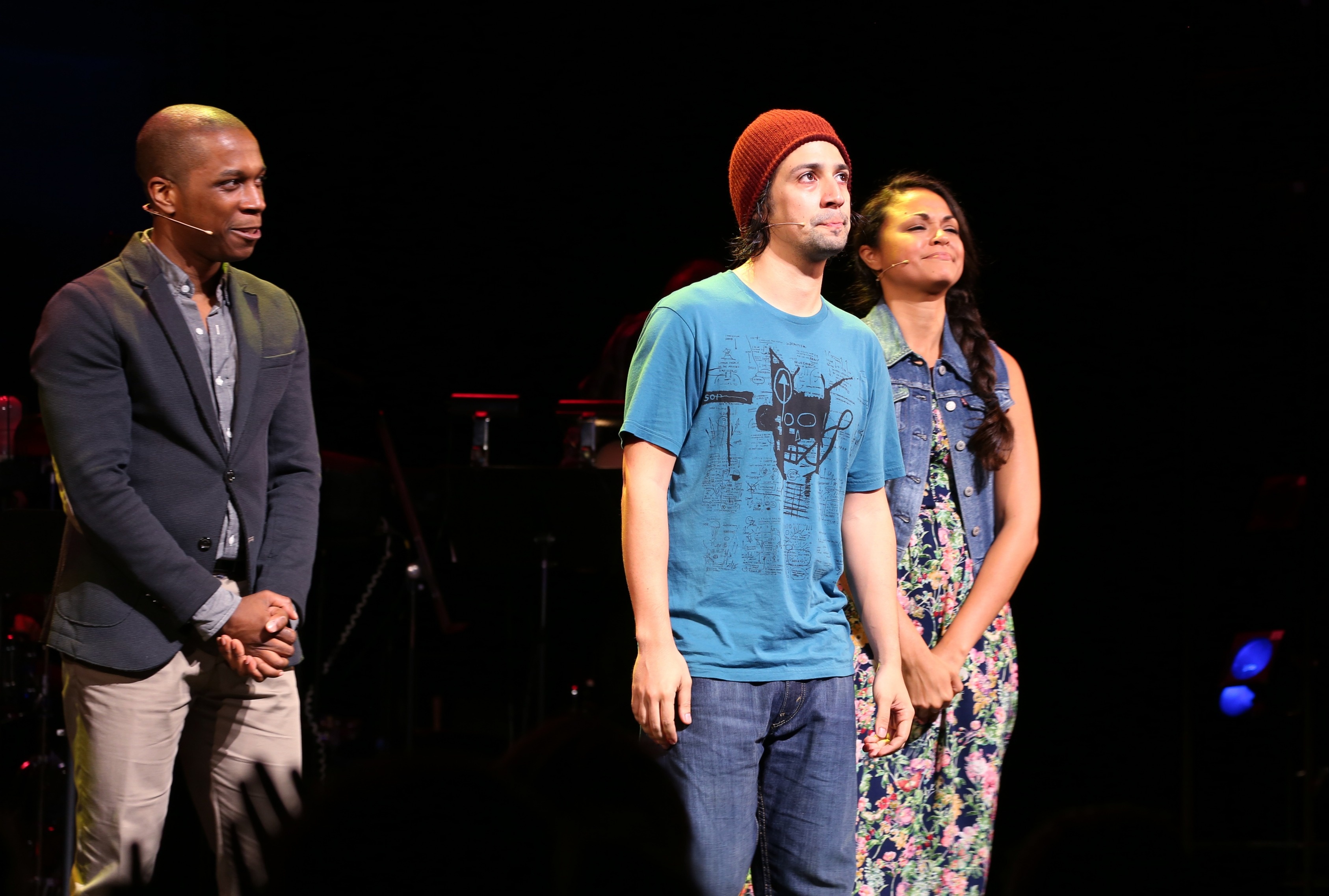 Miranda has close ties to the show as well, as he was in an off-Broadway revival as Jon with “Hamilton” co-star Leslie Odom Jr. in 2014, right before "Hamilton" broke big. He wrote an essay for the New York Times that same year on what the show meant to him personally.
"'Tick, Tick ... Boom!' grabbed the 21-year old me and refused to let go," he wrote. "It was more than a portrait of the artist as a young man; it was a sneak preview of what my 20s would be: readings and workshops going nowhere, jobs allowing only flexible hours, relationships ending because the writing comes first and must always come first, watching talented friends adjust their dreams and find happiness in other careers with more stability."
Shockingly, though the musical has toured around the country and won a Drama Desk award, "Tick, Tick... Boom!" has never premiered on Broadway, so this version will be the first that many get to experience of a show that captures a quarter-life crisis so beautifully, set to a foot-tapping soundtrack. As for the story itself, screenwriter Levenson promises to add even more autobiographical elements of Larson, as he told Playbill the movie will be a “hybrid between this musical and this real story of this guy, Jon, who's making a musical about how he's struggling to find his voice, and trying to be an artist.”
We can’t wait, and this project, which has the blessing of the Larson family and estate, could not be in better hands. It’s sure to be dynamite!

No Day but Today to See "Rent" 20th Anniversary Tour

I Can’t Afford to See “Hamilton,” but Maybe This New Exhibit Will Be Good Enough

This Connection Between “Hamilton” and “This Is Us” Will Shock You

Embrace Your Inner Fall Fashionista With This Autumnal Shopping Puzzle

Fall for Fall Flavors with This Scrumptious Apple Crisp Puzzle

What Kind of Gift Would You Rather Receive?