Scandalous: Wherein We Try to Help You Understand the Hype of "Tiger King"

Maybe it's because we all share an affinity for animals, or maybe it's because we're all cooped up inside the house and going a little crazy, but Netflix's "Tiger King: Murder, Mayhem and Madness" is something we can all agree on right now. When times are tough, it's nice to take some solace in the fact that there are people and situations out there that are even wilder than you could have imagined. One of those, it seems, is the big cat business. Let's dive into everything about "Tiger King" that makes it so damn fascinating so that next time your virtual happy hour can't stop talking about it, you'll be in the know.

by Brigitte Carreiro
Mar 27, 2020
When you watch the trailer for "Tiger King" (which, fair warning, isn't very PG) you'll likely be thinking, "Hell, no." I myself only ended up getting sucked in because it auto-played after I had finished a different Netflix show. It was late, and I just let it play as background noise to drift off into dreamland. Well, that didn't happen.
Once you begin "Tiger King," the twists and turns keep on coming. Just when you think it can't get any more bonkers, it shows you that it absolutely can. There are a few key points to understand the basics of "Tiger King," so we'll go over those without giving away too many spoilers. Rest assured, there's no way we could give away everything this show has to offer. Still, heed the warning if you want an authentic viewing experience of this wild, wild show.

Joe Exotic, aka Joseph Schreibvogel, Joseph Maldonado, Joseph Maldonado-Passage -- whatever you know him by -- is a gay polygamist who owned and operated the Greater Wynnewood Exotic Animal Park in Wynnewood, Okla. The zoo housed hundreds upon hundreds of big cats, including tigers, lions, pumas and even ligers, the cubs of which were open for playtime and petting with guests.
That's just the basics.

Other things to know about Joe: He hosted a web series that was basically a talk show. He's a country singer, with music videos you can find on YouTube. He ran for president in the 2016 election as an Independent, then dropped out and ran for governor of Oklahoma instead (he lost that, too). He's had three husbands at varying times.

But what you also need to understand about Joe Exotic is that he's...kind of...charming? He lives for spotlight and spectacle, but he's also a decent public speaker and can work the camera in a weirdly endearing way.

The most important thing to know about Joe Exotic, though, is that he was arrested for the murder for hire of Carole Baskin.

Carole Baskin is the founder and CEO of Big Cat Rescue, based out of Tampa, Fla., and Joe Exotic's arch nemesis. Baskin's non-profit is an animal sanctuary versus a zoo; the differences being that Baskin, along with her second husband, Howard, does not breed her animals, a menagerie of bobcats, lynxes, tigers, jaguars, lions and more, but gives orphaned or injured animals a place to rehabilitate and live out their lives in safety.
Baskin's life goal is to pass the The Big Cat Public Safety Act through Congress, which would ban the private ownership and private sale of all exotic cats. See why our friend Joe doesn't like her? 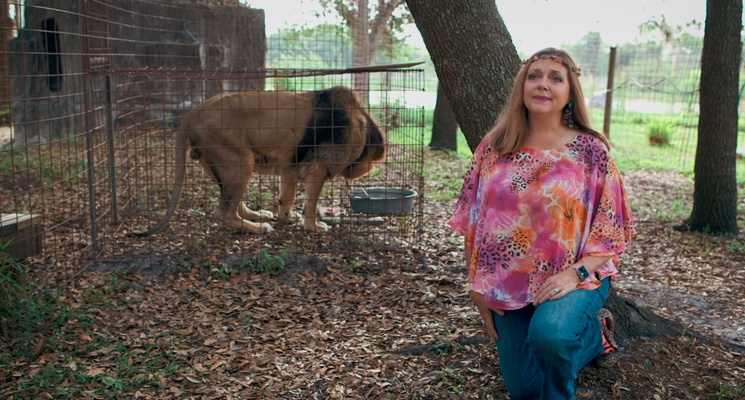 These two have been at each other's throats long before Netflix got involved.
Since Exotic allows cub-petting (which, according to Baskin's website, is a miserable livelihood for many reasons) and breeds his exotic animals, he's a prime target for the policies that Baskin has been trying to pass. Baskin has organized protests against his zoo, and Exotic has used his platforms and resources to consistently antagonize Baskin. Eventually, Baskin sued Exotic for a plethora of different things (copyright, trademarks, harassment, what have you) in court battles that latest years and cost about $1 million.
Exotic has also consistently gone after Baskin for the mysterious circumstances surrounding her first husband.

Don Lewis, Baskin's first husband, disappeared in 1997; he was declared legally dead in 2002. While no one knows for sure what happened to Lewis, Exotic was convinced, in his own wacky mind, that Baskin was behind it. Watch the show to see if you agree with him.
In the grand scheme of things, the story behind Don Lewis doesn't play much into the overall narrative of "Tiger King," but remember when I said you won't believe how much crazier this show can get? I would watch an entire other series about Don Lewis.

Meet the Other Players

What makes "Tiger King" so hypnotic is its motley crew of other big cat enthusiasts.
Bhagavan "Doc" Antle owns a zoo out of Myrtle Beach with his sister wives. Mmmhm. 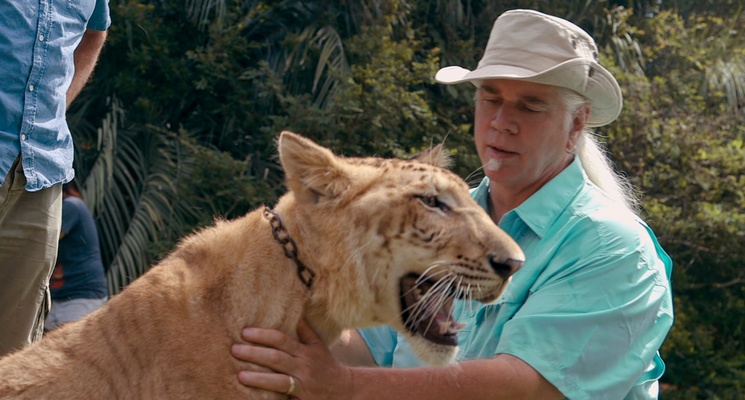 Jeff and Lauren Lowe are swinger pseudo billionaires who snuck tiger cubs into Las Vegas hotel rooms to lure potential partners. Yup.
Rick Kirkham is a producer who was going to make a reality show about Exotic before all of his footage went up in flames in an unsolved arson. What?!
Joe Exotic's story would have been plenty to sustain a successful docuseries, but these subplots are what will keep the discussion going long after people forget about Joe.
Since "Tiger King" dropped on Netflix (only a week ago, if you can believe it), Exotic has filed a lawsuit from prison against federal law enforcement for $94 million and is requesting a presidential pardon -- and don't worry,  he'll be representing himself. I mean, what?! It's just proof that this story is far from over. Plus, great news: It was recently announced that Kate McKinnon is on the docket to play Carole Baskin in a scripted series based on Exotic's podcast, "Over My Dead Body." They love us, they really love us.
So, you ready to tune in?

If not "Tiger King," what shows are keeping you well distracted?