Scandalous: Does Harry Styles Live for and Long for Olivia Wilde?

Do you love drama? Us, too. If it seems like there’s a new scandal out there plaguing the stars every other day...that’s because there is. The best part? It’s not happening to us! Keep up with all the hot goss and everything celeb scandal right here.

by Brigitte Carreiro
Jan 5, 2021
When Olivia Wilde and Jason Sudeikis split in November, it was sad, but more or less flew under the radar. There wasn’t much info on the matter, no drama, and these things just happen; we moved right along. But now, we have to give the 36-year-old actress and director’s love life another look, because she may have another headline-making beau in her life: Harry Styles. Turns out, One Direction was onto something when they recorded "Olivia."

I guess we should start with each party’s dating history.
In Wilde’s case, there isn't much. She and Sudeikis have been linked since 2011, and her only notable relationship prior to that was her marriage to Italian-American filmmaker Tao Ruspoli in 2003; she was just 18 at the time. Despite her youth and the quick turnaround (the couple eloped after just six months of knowing each other), Wilde and Ruspoli were married for eight years, splitting in 2011 with Wilde citing vague reasons about stunted growth. It seems they just grew out of each other.
Wilde and Sudeikis, whose first marriage had officially ended in 2010, coupled up, got engaged in 2013 and welcomed two children: first Otis the year later, and then Daisy in 2016. She and Sudeikis, contrary to popular assumption, were never married and officially ended their engagement after reportedly being separated for months.
Styles, meanwhile, is the bachelor of all bachelors. His most prolific, though plenty short-lived, ties are to Taylor Swift in 2012 and Kendall Jenner in 2016. He also dated French model Camille Rowe for a year between 2017 and 2018, who could be the source of some of his music; in past interviews, he’s alluded to only really speaking out on his personal life through his lyrics. Other models and such have been linked to Styles over the years, but never for long enough to make us investigate much. 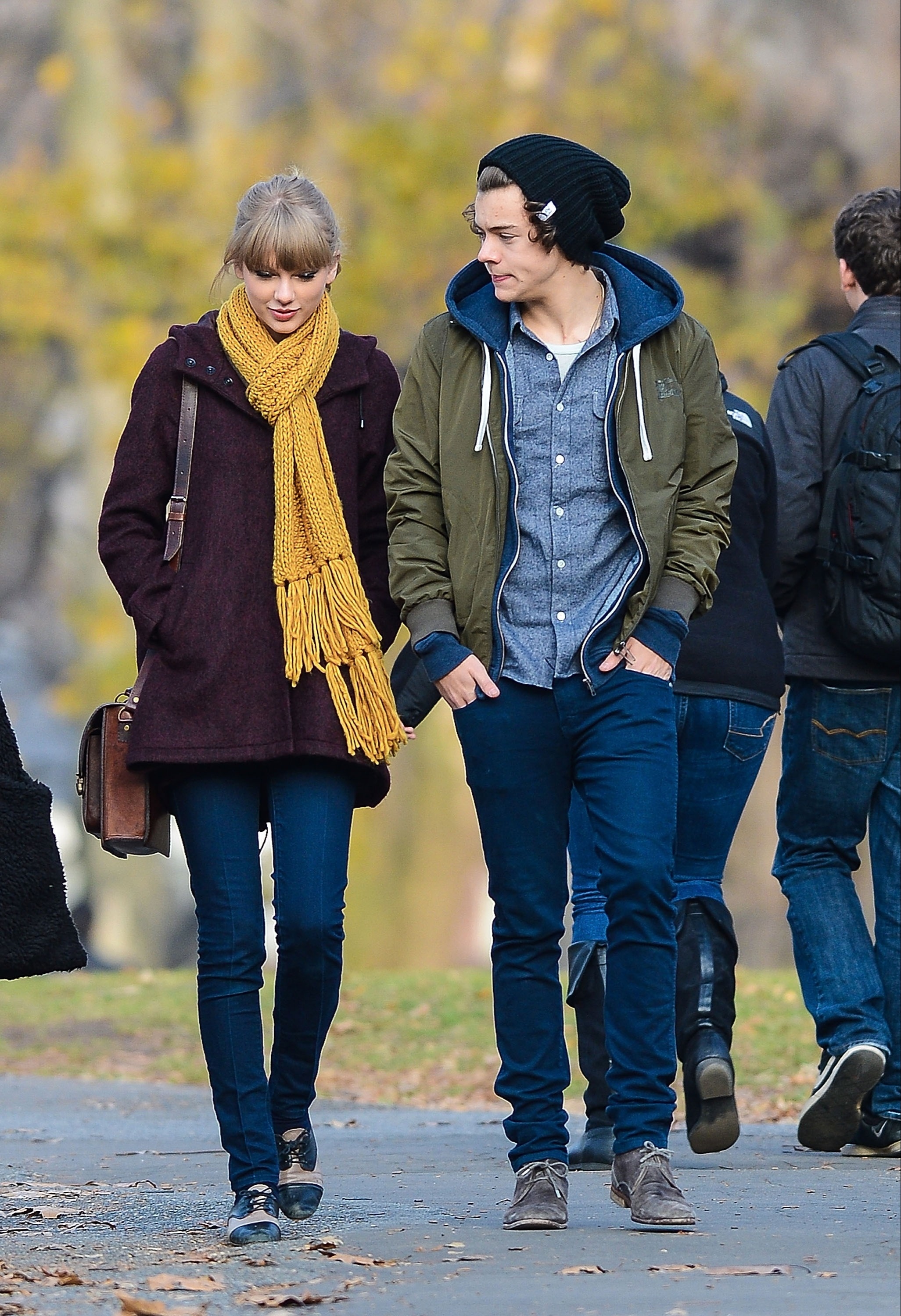 After Styles became a household name when former band One Direction was on "The X Factor," he was rumored to be dating TV host Caroline Flack, who died in February 2020. Styles arrived at the Brit Awards in London later that month wearing a black ribbon, thought to be a symbol of mourning.
As far as we can confirm, Rowe was the last person he was romantically involved with.

Wilde and Styles were seen holding hands in photos as they arrived at the small wedding of Styles' manager, Jeffrey Azoff, in Montecito, Calif. last weekend, which Styles officiated.
It sounds like Styles brought Wilde as his plus-one, which could have been on a purely friend-related basis...if they hadn’t been hand-in-hand and wearing matching lace. Plus, they were seen the next day arriving back at Styles' home together in Los Angeles.
According to Us Weekly, Styles referred to Wilde as his girlfriend during his speech at the ceremony. Shamelessly DTR-ing in front of an intimate group of friends is about as official as it gets these days!
Later on in the weekend, the pair went walking around Santa Barbara, Styles’ arm casually coming around Wilde’s waist, so yes: Something is happening.
The union doesn’t come out of nowhere: Wilde is acting in and directing the upcoming psychological thriller, "Don't Worry Darling," which stars Styles in a leading role opposite Florence Pugh and Chris Pine. He replaced Shia LaBeouf, who dropped the role due to scheduling conflicts. Styles’ other acting credit includes 2017’s "Dunkirk," and he’s rumored to appear in one of this year’s Marvel installments, "Eternals."
So, sure, these are two attractive, consenting adults (albeit with a 10-year age difference) who have been spending a lot of time together, assumedly; sources close to the film say the two have had strong chemistry since beginning to work together. I guess, in a way, we should have seen it coming.
What’s shocking to a lot of people is that the timing of it all makes it look like Wilde left her fiancé for a younger man. Which, if we go back and remember that Wilde and Sudeikis were separated for months before the ended engagement, we can assume is not true.

Considering Styles has been known for his transitory flings, I’m going to need this coupling to go on for a lot longer before I actually give it much thought. Though, Styles definitely exudes a maturity well beyond his years, so it doesn’t surprise me that he’s found romance with an older woman.
But is Harry Styles, who’s knee-deep in his musical career, taking off for years at a time for tours (pre-pandemic, at least) and arguably one of the most eligible bachelors in the entertainment world at the moment, about to settle down and become a stepfather? I’m unconvinced.
It’s likely these two have mutual respect for each other’s careers and creative proclivities and want to have a little fun: a rebound for Olivia, a little headline-grabbing for Styles. No harm in that!

It’s kind of all over the place. Some are saying it’s a publicity stunt for the movie, some insist they’re just friends and some are very much for the relationship.
🎵 "I've been idolizing the light in your eyes, Olivia..." 🎵

Are you sensing a fling, here?