Scandalous: The Mommy College Scammers Aren’t Getting Let off Easy

Do you love drama? Us, too. If it seems like there’s a new scandal out there plaguing the stars every other day...that’s because there is. The best part? It’s not happening to us! Get your fix on everything celeb scandal right here every week.

by Brigitte Carreiro
Apr 12, 2019
Oh, did you think that Operation Varsity Blues was going to go quietly into the backlog of everyone's brains? Think again! This college scam story is way too good to just talk about once. Let's check in with our scammy mommys and see how they're doing, shall we?

In case you somehow missed it, dozens of parents have been caught in the biggest college admissions scam in history. An entrepreneur-turned-con man made millions by both bribing coaches at elite U.S. universities and setting up forged standardized test scores in order to get privileged kids into top schools like USC, Yale and Stanford.
Among the arrested were actresses Lori Loughlin ("Full House," various Hallmark Channel credits) and Felicity Huffman ("Desperate Housewives," not much else), which immediately made this crazy story even crazier. Both Loughlin and Huffman have appeared in court and made statements, and it's hard to keep a grasp on what is even going on.

About 50 people including parents, coaches and test officiants (not to mention the kingpin behind it all and the guy who faked the test scores, who’s set to plead guilty) have been indicted in connection to this scam, but Huffman and Loughlin are the ones everyone is interested in. The moms-slash-TV-stars had very different approaches to the whole "being caught engaging in criminal activity" thing, and also now face different charges, the maximum sentence being 20 years in prison for both of them.
Felicity Huffman
The charges:
Huffman made a $15,000 “charity” payment that was actually used to forge her kid’s test scores. She’s plead guilty and will reportedly enter a plea deal that will hopefully decrease her prison sentence, if she’s given one (she’ll most likely be given one). Huffman’s statement sounded humbled, and she focused more on regretting how she betrayed her daughter. I’m sure the kids who didn’t get into an Ivy feel bad for Daughter Huffman, too, yep.
Regardless, the guilty plea is doing her big favors. According to law enforcement sources, they’re only going to recommend about four months behind bars -- four months out of 20 years. There’s a $20,000 fine involved, too, but that’s chump change to these people. (C’mon, her bail was $250,000.)
Lori Loughlin
The charges:
Loughlin, meanwhile, paid $500,000 to say that her daughters were going to row crew at USC. But first of all, let’s note the fact that Loughlin arrived in Boston for her court date in style. She posed for photographs, signed autographs and was generally in good spirits, acting like she was there for a press tour instead of, you know, COURT.
Second of all, Loughlin, unlike Huffman, refused a plea deal that would have only required two years of prison (longer than Huffman’s deal because she only spent 3 percent of what Loughlin did on the bribes). If anyone’s seen any episode of “Law & Order” ever, you know that you always take the plea deal! As a result, prosecutors added the additional, more serious charge for money laundering. Because they can. 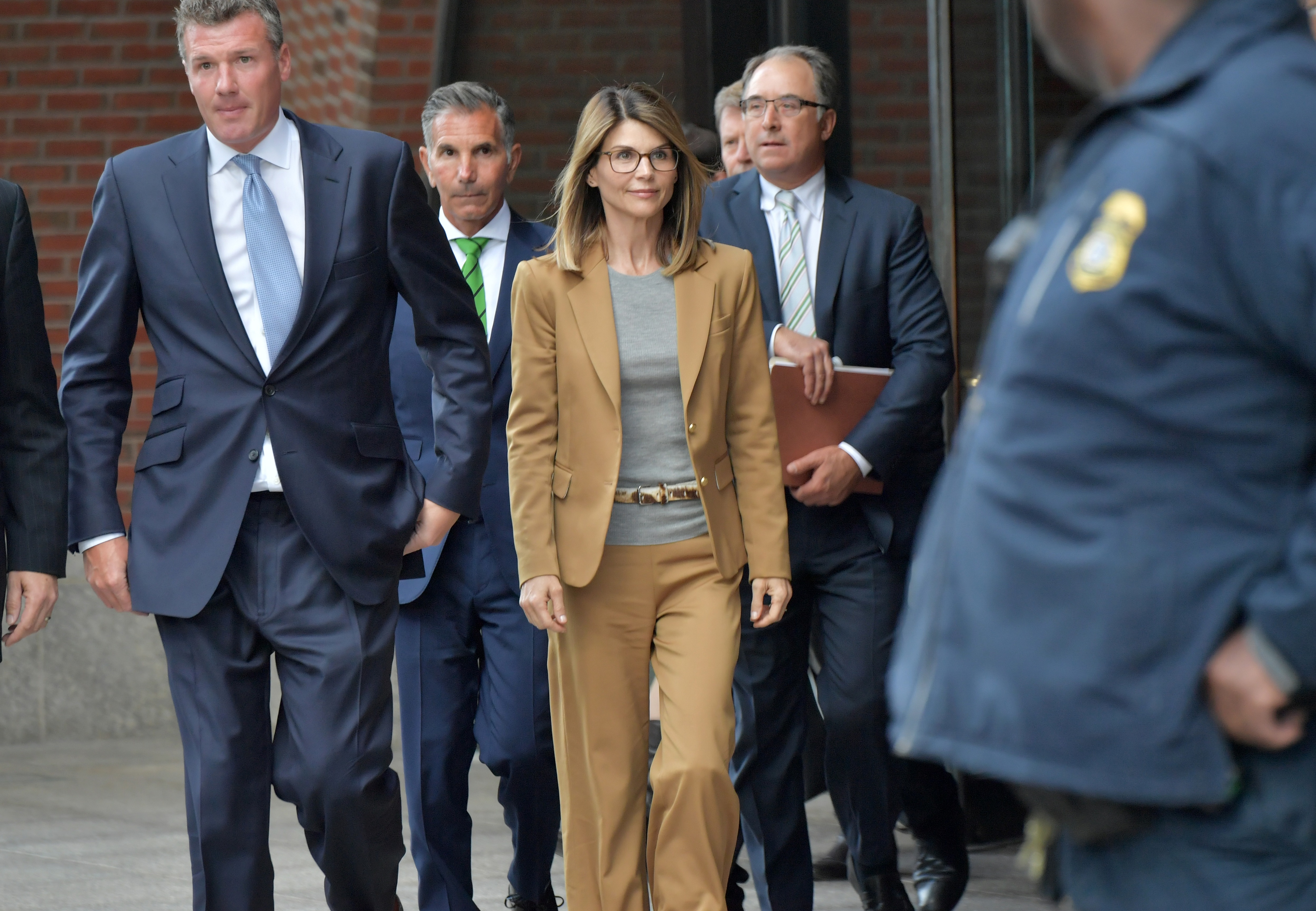 According to reports, Loughlin:
Is this woman watching too many TV dramas, or is she delusional?
Loughlin not only doesn’t plan on pleading guilty, but she doesn’t seem to be showing much remorse at all. She’s made comments about how she simply acted as any parent would (granted, a filthy rich one), and combined with how happy-go-lucky she’s been in public, it seems like it’s all coming back to bite her in the *ss.
So?
So, they’re both likely going to jail, but Loughlin is hella going to jail.
Not only that, but their kids aren’t getting off easy. Remember how Olivia Jade lost her partnerships and endorsements? She’s since dropped out of USC, so it was all for naught. Most of the actual students involved in this are claiming ignorance about their parents’ bribes and falsifications and seem to be hanging out for now (some schools are freezing accounts and leaving them in limbo while they investigate), but others don’t have as much mercy. Just this week, Stanford expelled a student who faked sailing credentials to gain admission to the school.

Girl, own your sh*t.
Loughlin, I mean. You did the crime, do the time! Obviously, no one wants to go to jail, but there’s not much you can do once you go to court except cooperate. Two years sounds a hell of a lot better than 20, doesn’t it Aunt Becky?

Sounds like they would have taken the plea. The fact that this is happening to our cutesy ‘90s BFF Aunt Becky is also just weird for people.

What do they let you drink in prison?
The Cell Sipper

Should Loughlin & Huffman be let off easy?