by Brigitte Carreiro
Feb 5, 2019
Oscar-nominated Mexican actress Salma Hayek is one of the top beauties in Hollywood. She has those exotic features we love to stare at and that confident class we can only hope to achieve one day.
But Hayek, 52, seems to be shunning the “ageless” agenda. The actress’s Instagram is rife with fresh-faced selfies, boasting her makeup-free looks and letting her natural hair free. In an era where we gawk at celebs who seem to not age at all, it's a refreshing take. J.Lo, for example, is more than a vision at 49 -- all toned legs and washboard abs -- and the only thing that’s changed for Halle Berry is her haircut.
Hayek's latest au naturale photo takes an even more dramatic turn: She has her wispy greys front and center.
Considering most women try like hell to hide their roots as soon as they start losing their luster (in my 20s, I already stare and pluck when necessary), Hayek’s making a low-key big move. Women have been dyeing their hair for even longer than we think, and it’s almost become taboo to see women under a certain age with grey roots or long, grey strands.
Hayek has been adamant in the past about not dyeing her hair (and why would you, when you have her shade of raven-colored tresses), claiming she doesn’t have “the patience to sit through it,” and honestly I feel that. Just my usual balayage treatment takes up to three hours in the salon.
"I don’t want to spend what’s left of my youth pretending I’m younger and then not enjoying life," Hayek said about her choices.
Aging is, of course, something that can elicit some insecurity. Your body responds differently to things, your features change, trends start becoming harder and harder to keep up with...the list goes on. What Hayek is doing by posting a simple photo like that is promoting a self-love that extends to aging as well. This self-love initiative is already widespread among the millennial generation, so furthering it only makes sense.
The comments under Hayek’s photo speak for themselves:
It’s a conversation that should be happening more. Just a few months ago, Julia Roberts came under fire for “looking old,” a terribly rude opinion sparked from a photo of the actress and her niece Emma Roberts.
Roberts, in an earnest showing of vulnerability, admitted that she was hurt by the comments -- and of course she was! Apparently, aging is yet another uncontrollable aspect of the female existence that society feels the need to critique.
She wasn’t down long, though -- I mean, did you see her at the Golden Globes?! 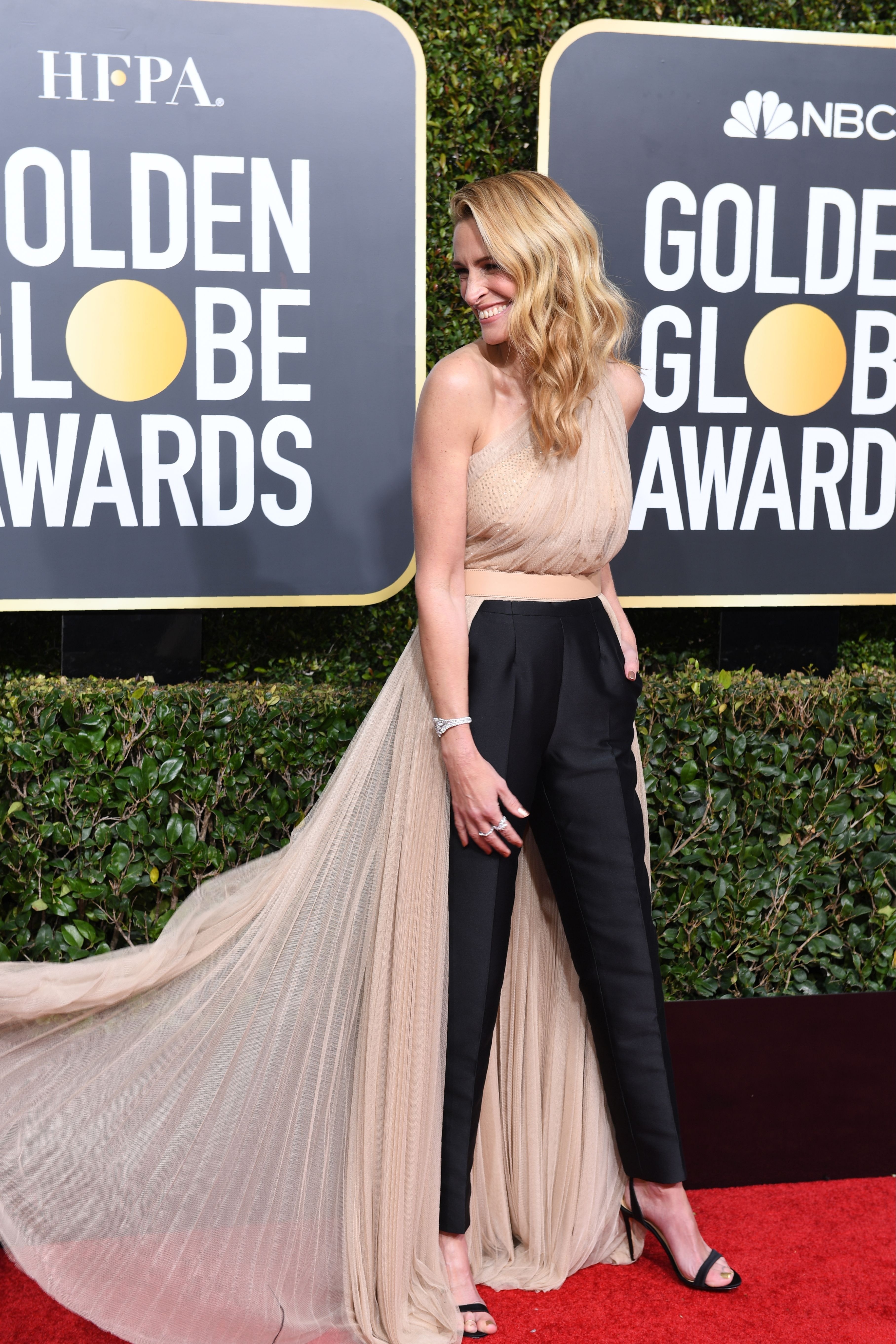 Meanwhile, young women are dyeing their hair to be grey. Blondes especially took to the stylist’s chair and came out with silvery locks in a huge trend last year, only proving that you always want what you can’t have.
Go natural, ladies!

The Japanese Loneliness Epidemic: Why Less Young People are Getting Married and More Old People are Dying Alone

A Salon in Dubai Just Dyed Someone's Hair With Nutella

"Today" Editor Has Insane Reaction to Hair Dye, Might Make You Re-Think That Next Color Change

Try Your Hand at This Soup-er Tough Puzzle

The Shop 'til You Drop Memory Match