by Kelly Lynch
Aug 23, 2018
Some viewers were surprised to see George and Amal Clooney show up at the royal wedding back in May. I know I was, even though it makes sense that the Clooneys would run in the same social circles as Prince Harry and Meghan (or, as they are now known, the Duke and Duchess of Sussex).
Proof that the friendship was pretty solid came in the days after the wedding; stories from the exclusive evening reception at Frogmore House revealed everything from Idris Elba taking over DJ duties to George getting behind the bar to mix tequila drinks. The Oscar winner even managed to spin the Duchess of Cambridge around the dance floor. 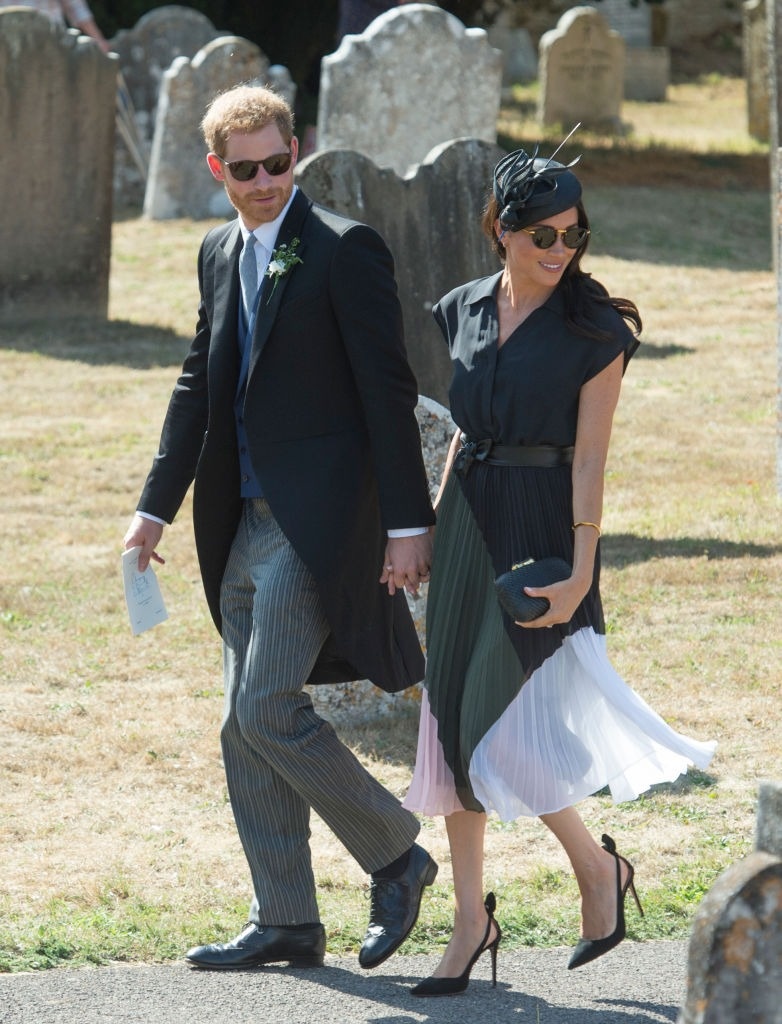 According to E! News, the friendship between the Sussexes and the Clooneys started when George and Harry met at a benefit. "They have been friends for more than two years," a source told the entertainment site.

Yesterday, Good Morning America reported that Harry and Meghan visited the Clooneys' 25-room home in Lake Como, Italy. Clooney sent his jet for the couple, who were chauffeured to the villa as soon as they landed.

"Amal and Meghan spent much of their days lounging by the pool together and, of course, playing with the twins," ABC News royal contributor Omid Scobie revealed. "George and Harry have a shared passion for motorcycles and checked out George's collection and they also played basketball together."

Harry and Meghan have also spent time at the Clooney's Berkshire home (I use the term "home" loosely as theirs is worth $25 million) and dine together when they're all in London.
All I want in life is to join this group. And have Kate Middleton's legs. And achieve world peace, of course.