Are You a True Nicolas Cage Fan? Prove It With This Checklist

Ah, Nicolas Cage: one of the most versatile and extreme method actors of our time. The prolific performer and internet sensation turns 57 today! With over 100 films under his belt varying from romantic comedies to grotesque horror movies, Cage has done it all. He most recently hosted the Netflix documentary series “History of Swear Words,” released just two days ago, and is set to star as Joe Exotic (!!!) in an upcoming "Tiger King" series. Say what you will about the guy, but you can't deny that he gives every role his all. Find out if you’re a true Nic Cage fan by checking off his best movies that you’ve seen below!

by Chloe Chow
Jan 6, 2021
Not a member of Dailybreak yet? By registering, you gain access to lots of perks, like the opportunity to earn points by simply reading what’s new this month on Netflix or learning a new recipe from your favorite brand. Once you register, you can use your points to enter to win prizes ranging from a $25 Amazon gift card to a Fire HD 8 Tablet. So what are you waiting for? Sign up and don’t forget to like us on Facebook so you can share all these tips and tricks with your family and friends!

Who knew stealing the Declaration of Independence could be fun? Not me until I saw this film! "National Treasure" was definitely one of Cage's more normal (read: not maniacal) roles. The actor stars as a historian obsessed with finding treasure from the Founding Fathers. Last May, producer Jerry Bruckheimer confirmed that a third film is in development! 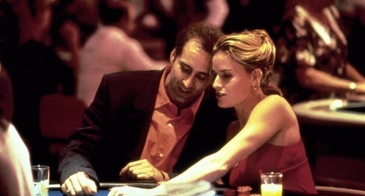 If you're in the mood for a dark romantic drama, you've come to the right place. Cage plays a self-destructive man with nothing to live for who decides to drive to Las Vegas and drink himself to death; he ends up finding complicated love with a prostitute he almost runs over (Elisabeth Shue). Cage won a Golden Globe Award and an Oscar for this film! 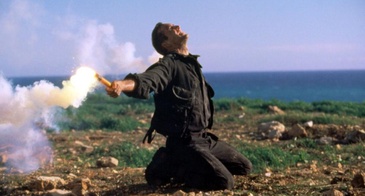 No, not Dwayne Johnson. What happens when Michael Bay meets Nicolas Cage? You get "The Rock": an action thriller with Cage and Sean Connery. The former stars as the FBI's top chemical weapons specialist, and there are threats of mass destruction, lives at stake, etc. etc. 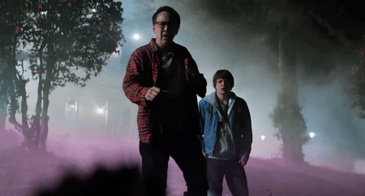 Normal family farm life quickly turns into unspeakable horror when an otherworldly meteor lands in the family's front yard and *changes* the farm and anyone in contact with the land. Cage plays father Nathan Gardner in this Lovecraftian horror film.

Truly a deranged film, "Vampire's Kiss" is a box office bomb-turned-cult-movie. Believe it or not, there's a scene where Cage literally just shouts out the alphabet. If you want to watch a movie where the plot is dedicated to *checks notes* a man losing his mind and thinking he's a vampire, look no further. There hasn't been anything quite like it since. 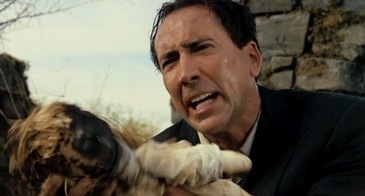 Perhaps one of Cage's better-known films, "The Wicker Man" teaches us to avoid sinister female neo-pagans and deadly island rituals. Yes, this is the one with the bees. This film has plenty of screaming. 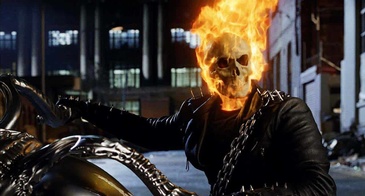 Listen, as bad and cheesy as this movie is, there's only one Johnny Blaze in my book. If you're looking for some quality Cage content of him angsty and screaming, you can find a decent amount in "Ghost Rider" (but maybe try "The Wicker Man" first?). Rumor has it that Marvel's looking to bring this character into the MCU. 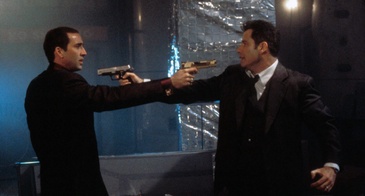 Nicolas Cage and John Travolta as mortal enemies, switching faces? We love to see it. I'm personally just entertained with the idea of Cage acting like Travolta and Travolta acting like Cage. 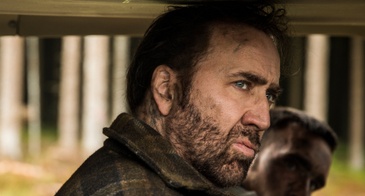 If you're into revenge films, "Mandy" is as vengeful as they come. The 2018 action-horror, neon-colored movie revolves around Cage hell-bent on killing a hippie cult. The "Cage rage" is real here -- this is the actor at his bloodiest, or, as The Guardian so aptly put it, "a chainsaw-wielding lumberjack hunting the gang who invaded his home."

You know Hannibal the Cannibal, but what about Cyrus the Virus? John Malkovich plays the villain here, taking over a prison transport plane with dangerous inmates. It's Cage's job to either join them (tempting?) or stop them (and return home to his family). You know what's really criminal here? Cage's hair. Kidding. Bring! Back! Those! Locks! I'm sure we've all seen that gif of a luscious-locked Cage basking in the sun. Well, it's from this film.

Do you think Nicolas Cage is a good actor?