by Christine Leone
Nov 19, 2018
If you’ve ever looked at portraits of the founding fathers, like George Washington and Alexander Hamilton, you might think they were all a bunch of old men with their fluffy white hair. But the founding fathers were only in their 30s and 40s, so what was up with that hairy situation? Turns out, it was half fashion, half hygiene.
Around the time of Louis XIII, syphilis was raging through Europe. One of the side effects of the STD was head sores and baldness. Waxy powdered wigs, called perukes, were used by the infected aristocrats to cover up their imperfections, but quickly became a fashion trend. As always is the case, those with money who could afford their own perukes followed suit and soon everyone was wearing them.
Most wigs were made of horse or goat hair and smelled so bad that they were powdered for a pleasing lavender or orange scent. Sure, the curled wigs were practical in terms of hiding imperfections, but men also shaved their heads so the perukes would fit properly. This had the unintended benefit of controlling lice as the infested perukes could be removed and boiled and then restyled, killing the lice. This style reigned until the late 18th century when natural hair came back into play. 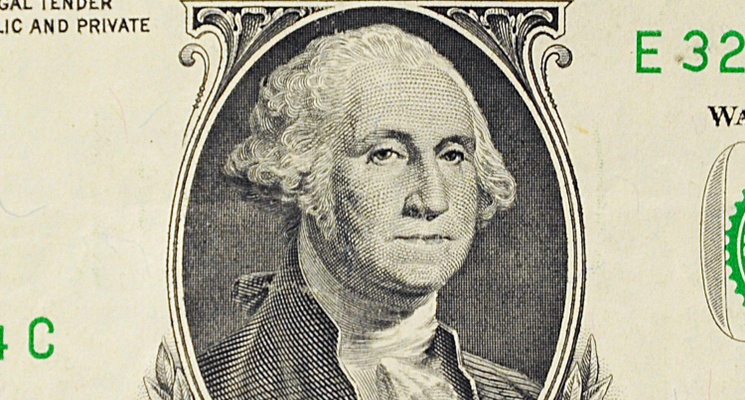 General George Washington was famous for sporting his own hair. Yes, that white puffball on the $1 bill was George’s own mane. But if it wasn't a wig, why was it so white? Washington, like more than a few of the founding fathers, was actually a natural redhead and instead of adding powder and pomatum to a wig, he applied it to his own hair.
While the war raged on, the powder and pomatum kept Washington's hair slicked back in his token low ponytail. He usually curled the sides and even encouraged men in his army to follow his lead. Soon, people like Colonel Alexander Hamilton (you may have heard of him) adopted the look. Post-war, they maintained the style, some going to the barber shop every day for a full comb-through of the old pomatum and powder and then a recoat and style. Slick, coat, comb and repeat. 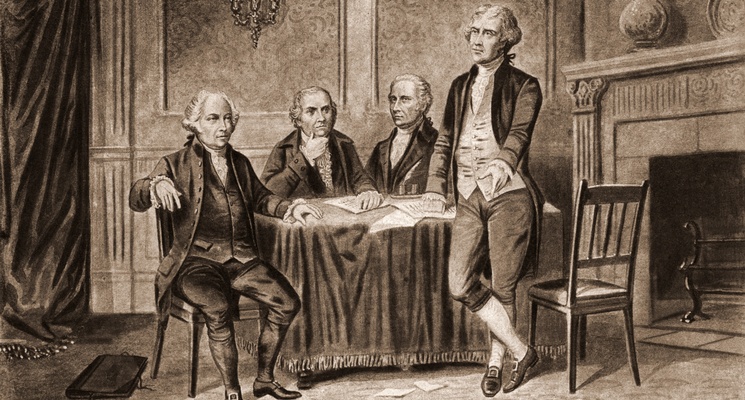 John Adams and Thomas Jefferson both sported wigs early on, but based on portraits from their presidencies, they both wore powdered natural hair and eventually "naked" hair later in their careers. Powdered hair phased out around the 1800s, but shampoo as we know it was not introduced until the 1930s. So it's safe to say the 1800s were a bit...fragrant.

So, to split hairs, the founding fathers may have worn wigs early on, but the early presidents of the United States did not. And everyone basically had syphilis and lice in 17th century Europe. Suddenly "Outlander" feels a little less sexy.

Cabinet of Curiosities: Why We Tell Kids That the Stork Brought Their Baby Sibling

The Mystery of the Bermuda Triangle May Finally Be Solved

How Well do You Know Your U.S. Presidents?