by Kelly Lynch
Jun 27, 2018
Earlier this evening, the Duke and Duchess of Sussex joined Her Majesty to honor recipients of the Queen's Young Leaders awards. As the organization's newly appointed Youth Ambassador, Prince Harry gave an inspiring speech to those in attendance.
From what I gather on Twitter, it looked like a superb event. The highlight for yours truly was the group photo, in which Meghan struck the most regal, most duchtastic, most ladylike pose. 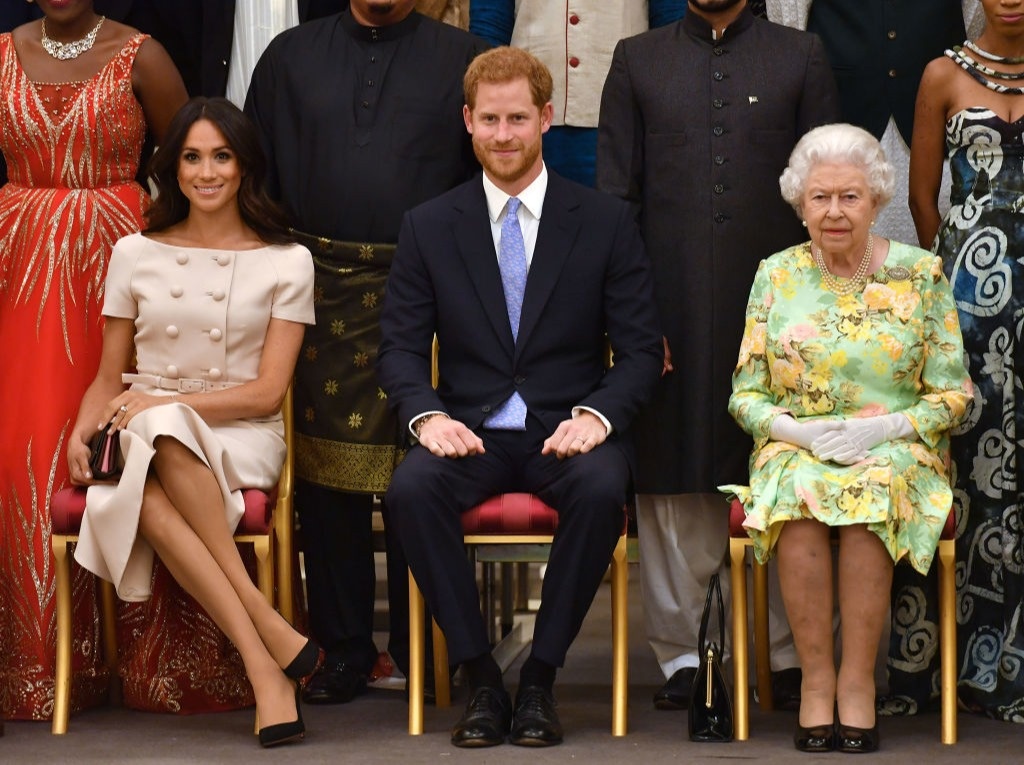 You could give me a list a country mile-long of reasons why Meghan's pose offended you, and I will tell you that you're being silly. Maybe she's trying out a new pose. Maybe she reviewed recent official photos and decided to lean this way more than that. Who cares! She looked fantastic.

The event, held at Buckingham Palace, celebrated young people from across the Commonwealth who are working to make positive changes in their communities. Each recipient was personally given their award by Her Majesty, for whose legacy the organization was founded four years ago.

Meghan wore a Prada top and skirt, which featured an asymmetrical hemline that I am loving. According to What Meghan Wore, HRH accessorized with a Prada clutch, shoes by Aquazzura and earrings by French jewelry designer Vanessa Tugendhaft.

One more video? OK fine:
Going forward I shall only pose as such: 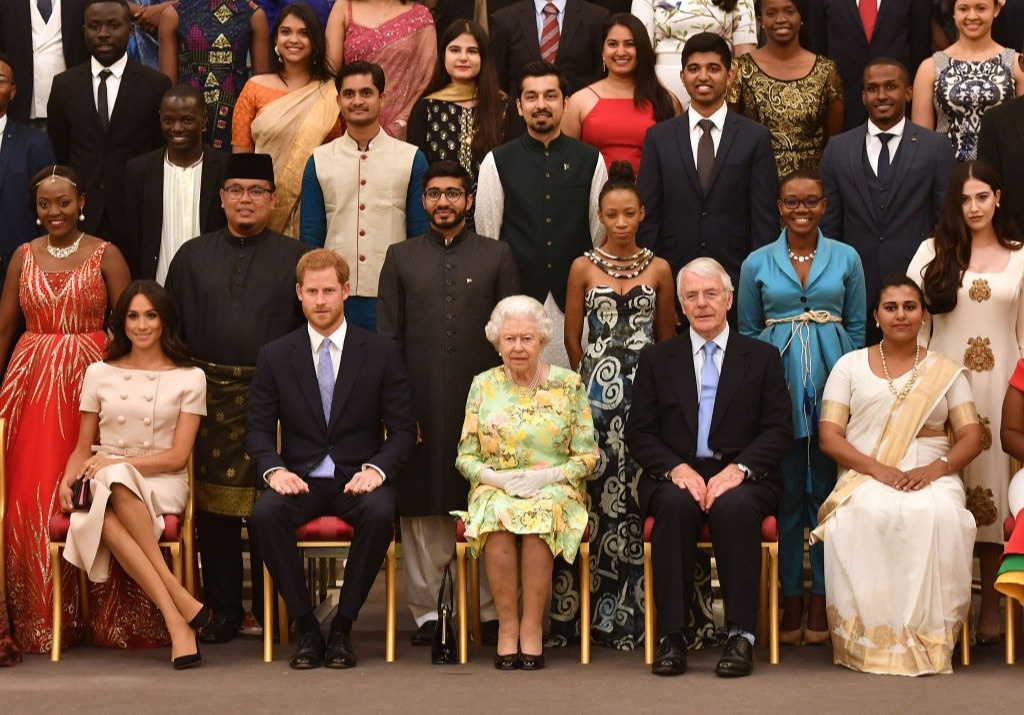 What Does Meghan Markle's Passport Look Like Now That She's a Royal?

Little Girl Casually Requests a Swan From the Queen, Actually Gets an Encouraging Response

Invictus Games: Prince Harry Celebrates His Other Baby in the Netherlands