How Many of Leonardo DiCaprio's Biggest Hits Have You Seen?

Leonardo DiCaprio has consistently starred in blockbuster hit after blockbuster hit. From the groundbreaking "Titanic" to the mind-bending "Inception," Leo can do it all. One might have thought he racked up a whole trophy case full of Oscars by this point, but it wasn't until 2016 that he earned his first one for his role in "The Revenant." Go through the list of Leo's diverse roles below and check off all the ones you've seen! 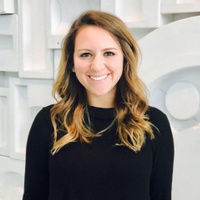