Even though Tom Clancy’s “Jack Ryan” series has been around since the ‘90s, John Krasinski’s iteration of the special agent created quite the stir last year. Maybe it was the beard, maybe it was the action (more likely it was the shower scene), but whatever the case, we were all hooked and have been waiting with bated breath for season 2. Well, it’s here, folks! “Jack Ryan” is available in its entirety on Prime Video today, so we all know what we’re doing this weekend. In case you’re too eager to forge ahead to re-watch season 1, though, we’ve recapped everything from season 1 you should remember that will likely be relevant in season 2, when Jack heads into the South American jungle.

We first meet Jack Ryan as a financial analyst in the Terror, Finance and Arms Division. He goes behind his boss, James Greer’s, back to freeze a suspicious account, and it turns out the man behind the money laundering, Suleiman, is gearing up for an attack on the U.S. This lands Jack a spot on the ensuing task force charged with finding and stopping Suleiman.
We learn pretty early on that Jack is a genius, landing every correct “Jeopardy!” answer before it’s revealed and using his savvy with numbers to decode Suleiman’s deadly plan. He’s continuously shown to be clever as all hell, outsmarting the extremists on more than on occasion, most especially when he tricks Suleiman into confirming the identity of his wife while using a video game chatroom. This, in turn, enables the force to find Suleiman’s compound.
Eventually, it’s revealed that the attack relies on the spread of a strain of the Ebola virus that's resistant to antibiotics. Jack is the one to realize that a group of hostages, one of whom is a close friend with the President of the United States, was unknowingly given the virus and put in close contact with the President in order to get a number of Washington officials under one roof, the hospital, for a bombing.
In the final episode of season 1, Jack takes down Suleiman on his own in a foot chase.

We get this story in snippets, but between sleepless nights, visions of helicopter blades and peeks of scars down Jack’s back, we gather that he’s seen some sh*t. Greer finds reports early on about a helicopter crash that killed 12 Marines in which Jack was the only survivor. We don’t rule out some mild PTSD, and the guilt haunts him.

What began as a sort of “revenge” on his former boss (and Mueller’s father) mining him for insider trading tips turns into a blossoming relationship throughout the series. After meeting at a birthday party, Jack visits Cathy at the hospital she works at as a research physician specializing in infectious diseases. Jack sends Cathy a pretty forward text, but it works out; they go on a few dates (Jack naturally hiding his position in the CIA) and spend the night together.
Cathy is studying the strain of the Ebola virus that Suleiman plans to disseminate, which leads to a meeting between her, Jack and Greer. She learns the true nature of Jack’s work, but it makes her feel like she can’t trust him.
The two reconcile when Jack saves Cathy’s life at the hospital, and Jack tells Cathy about the helicopter accident: A young boy had asked Jack to ride in the helicopter during a military evacuation, but the boy ended up detonating a grenade while on board.
It's unclear if Jack and Cathy are "together" by the end of the season. 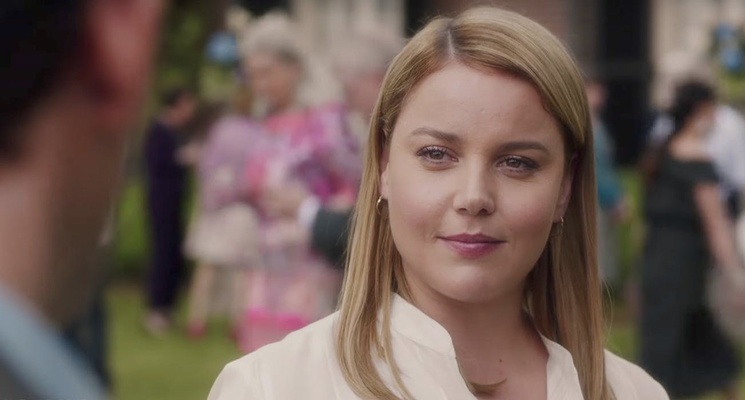 Where is he now?

At the end of the season, Jack is offered Greer’s position as head of T-FAD while he is reassigned as deputy chief of station in Moscow. But in a file from Greer, Jack discovers a plane ticket to Moscow from Greer, indicating that Jack should join him instead of heading a team of analysts now that he’s seen it all.

What’s in store for season 2?

From what the cast has told us, Jack arrives in Venezuela to track a shipment of illegal arms. He reunites with Greer and is sent off on an international mission.
“Something I’m working on intersects with something that Jack is working on and it pulls us back together,” actor Wendell Pierce (Greer) told Entertainment Weekly. “More things are at stake this season. It is even more multifaceted. There are running, simultaneously, different threads, which means the payoff is even more like a really good thriller, a good novel.”
Krasinski, too, shared that this season will be full of action. “I feel like the first season explored the beliefs of who you are, what you believe you are, but this is much more about right and wrong,” he said. “It’s about stopping a corrupt regime, which is really kind of fun.”
Season 2 of “Tom Clancy’s Jack Ryan” is available now on Prime Video.

What are you hoping to see in season 2 of "Jack Ryan"?