Cabinet of Curiosities: What's Behind the Old Wive's Tale That an Itchy Palm Means Money?

Cabinet of Curiosities is a series meant to explain some of the most prevailing mysteries out there. A lot of these "curiosities" involve seriously confusing scientific studies, so we're trying to break it down into layman's terms. Because nobody has time to decipher an entire science experiment when looking for a quick explanation online.This week, we're answering Debbie Berris's question about the superstition that an itchy palm means money is coming your way. 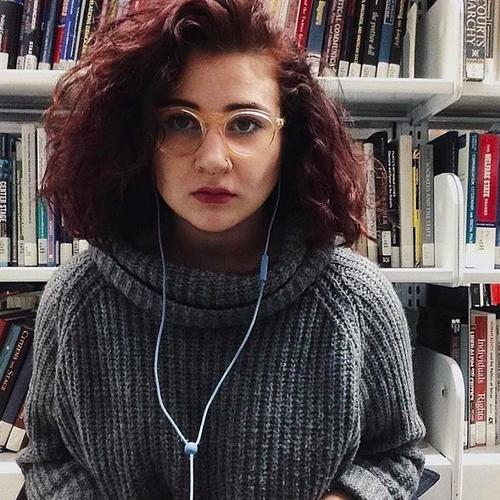 by Anna Cieslik
Nov 15, 2017
Superstitions are funny things. They're found in every culture, and within those cultures, these old wives tales are well known by virtually everyone. But that's where the knowledge train typically ends. While everyone knows certain superstitions, hardly anyone can tell you where they came from.
They have to come from somewhere, though! Even if they aren't grounded in science, superstitions are rooted in everything from anecdotal experiences to religion.
One particularly curious wives tale involves itchy palms. According to some people, an itchy left palm means money is coming your way, while an itchy right palm means you're about to lose money. Others believe the same thing, but with left and right reversed. There's also the belief that scratching your itchy palm on wood will guarantee good fortune.
The general agreement is that these various beliefs stem from a few pre-Christian European groups, predominantly the Celts and the Saxons. To untangle these origin stories, you guessed it, we're breaking it down element by element.
First, there's the itchy palm superstition popularized by the Saxons. Saxons are the Germanic tribe that famously went on to form the first united Kingdom of England with the Angles during the fifth century. In their culture, rubbing one's skin on silver was a sure cure for any topical diseases. This ultimately turned into the superstition that an itch meant silver was coming your way.
As the popular 1935 radio program The Origin of Superstition so comically put it, "Someone probably had hives and when he got some shekels in his fist, he forgot all about scratching!"
When the Saxons landed on British soil following the Roman desertion of the island, their culture and superstitions understandably ended up melding with the local cultures. This is where things get interesting.
In Celtic traditions, touching wood was a superstition in itself that was meant to guarantee good luck. The Celtic pagans thought that evil spirits lived in wood, so touching it after mentioning your hopes for the future helped ensure the spirits wouldn't hear your hopes. Ever knock on wood after wishing for something? This is the explanation behind that superstition.
But back to itchy palms. When the Saxons met the Celts, their two superstitions got mixed together over the years. Eventually, people on the British Isles (where Celts and Saxons lived) started to believe that the only way to itch a scratchy palm without undoing its good luck was by scratching it on wood.
The reverse-palm superstition, which says only an itchy left hand guarantees money, can be traced back to the Roma people's fortune telling tradition. In palmistry (the art of palm reading), the left hand is receptive, while the right hand is the active one. An itchy left palm, therefore, could indicate receiving money and an itchy right palm could indicate actively giving it away.
Ultimately, we have to go with good ol' Merriam-Webster's definition of superstition: a belief or practice resulting from ignorance, fear of the unknown, trust in magic or chance, or a false conception of causation. AKA superstitions are irrational and not really grounded in any proven truths.
But it's always fun to trace the roots of commonly held beliefs. It's like a little history lesson, with an emphasis on the culture of common folk rather than war dates and selfish kings. Plus, even if a superstition won't actually help you get ahead in life, it definitely won't hurt your chances. And who doesn't want a midweek pick-me-up in the form of an itchy palm and dreams of a monetary windfall?
Not a member of Dailybreak yet? By registering, you gain access to lots of perks, like the opportunity to earn points by simply reading what’s new this month on Netflix or learning a new recipe from your favorite brand. Once you register, you can use your points to enter to win prizes ranging from a $25 Amazon gift card to a Fire HD 8 Tablet. So what are you waiting for? Sign up!

Cabinet of Curiosities: Where Did Siri, Alexa and Cortana Get Their Names?

Cabinet of Curiosities: the Occult Origins of Indigo's Place in the Rainbow

Cabinet of Curiosities: Why Are Bad Words Considered Bad?

Cabinet of Curiosities: Where Do All of Our Bad Luck Superstitions Come From?

Cabinet of Curiosities: What’s the Deal With Doppelgängers?

Cabinet of Curiosities: Why Do We Blow out Candles on Our Birthday Cakes?