How to Master the Art of Flower Arranging

With Mother’s Day approaching (May 12, you’re welcome), you’ve probably got flowers on the mind. They’re the best part of spring, and moms everywhere love receiving them! Rather than heading to your local florist to curate a gorgeous bouquet, however, why not give it a shot yourself? You know what Mom likes, so putting together her favorite blooms just so will make a sweet yet unique gift. Pick your petals and wow with your new flower design skills.

One or two statement blooms make for a gorgeous set, but you don’t want just one or two of everything -- the bouquet will end up looking choppy. Buying or picking in odd numbers is typically a good go-to. On top of that, keep a color palette in mind! Your arrangement will thank you for using complementary colors or various shades of the same color. 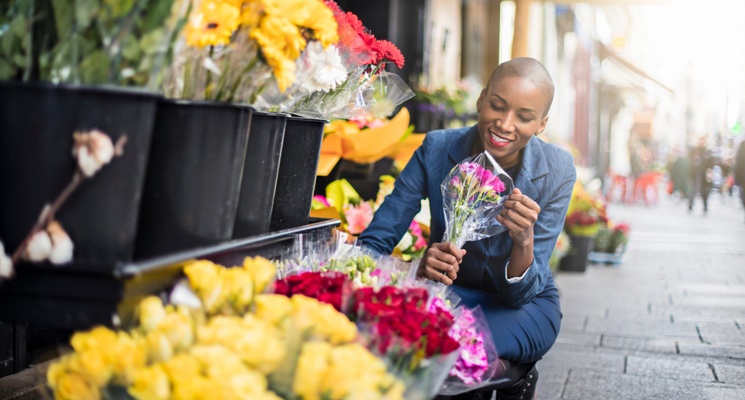 2. Measure the stems against your vase and cut.

Gotta make sure they’ll clear the top without falling over! Stems should also be cut at an angle and you’ll want to remove any leaves that would get submerged in the water, per your basic flower care tips. A good rule of thumb is to make sure no stems are longer than one-and-a-half times the height of the vase for vertical arrangements. 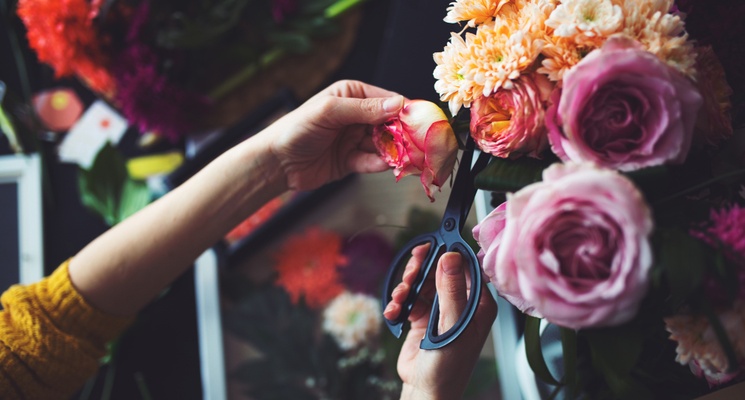 3. Start with the highest quantity.

If you have a billion stems of freesia but only four sunflowers, start with the freesia. The key to a beautiful bouquet is symmetry, so you don’t want to get to the end of your stack of flowers and be forced to throw a bunch of the same one in one spot. Usually, bouquets are filled out with some greens (laurel, boxwood, etc.) that make a good base to start. Highest quantity first, lowest quantity last. 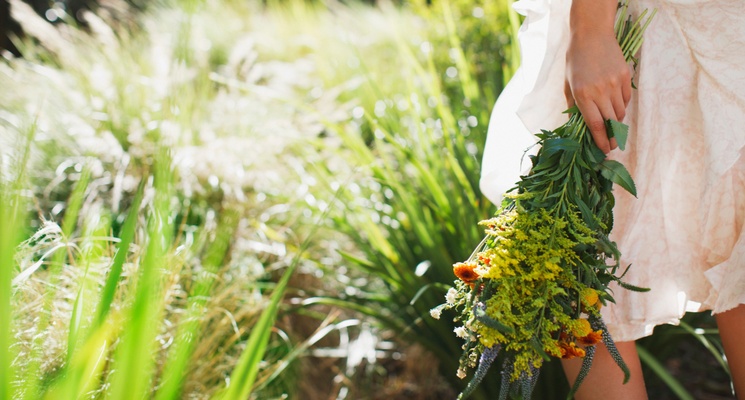 4. Work from the outside in.

Whatever flowers you’re placing, do so evenly and from the outer edges of your vase, working inward. Placing them at varying heights will give it some dimension, but be sure to spread them evenly around the vase.

5. Place your tallest flower in the middle and largest toward the bottom.

This makes sense, right? Again, symmetry! You’ll probably need to cut the stems of your largest blooms a little shorter to make it happen.

6. Use a crisscross technique.

As you’re placing flowers in their vase, cross the stems. First of all, you’ll fit more that way, and it’ll create lift for some flowers and not in others, so you’ll be left with some nice-looking volume in the middle. 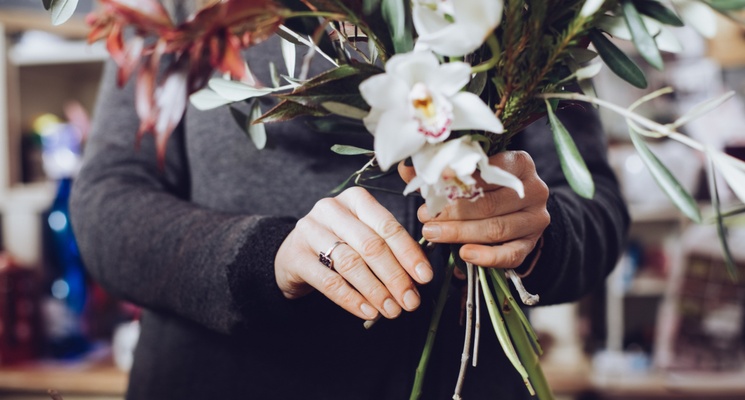 7. Think of your last flowers as accessories.

Just as you’d accessorize your outfit, add a little here and there. You wouldn’t wear a dainty necklace and a statement necklace and a choker (unless you’re going to Coachella), right? Sprinkle the flowers you have the least amount of around your bouquet, filling in empty spots, and keep balance in mind. 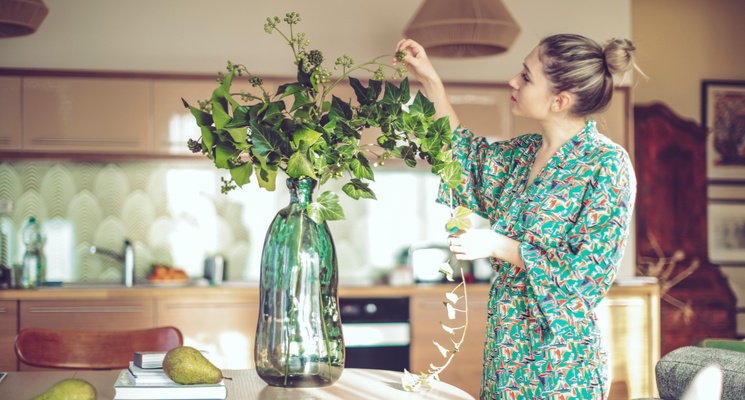 What flowers go great together?