Emilia Wickstead is Not Here For Your Messy Wedding Hair, Meghan Markle

by Kelly Lynch
May 25, 2018
Before today, New Zealand-born fashion designer Emilia Wickstead was best known for making pretty clothes worn by the Duchess of Cambridge.
One look at the Daily Mail, in which appear a few comments she reportedly made about Meghan Markle, and Wickstead is now known as that catty designer who makes pretty clothes worn by the Duchess of Cambridge.
According to society writer Sebastian Shakespeare, Wickstead griped that Markle's wedding dress was "identical" to one of her own bridal designs.
"Apparently a lot of commentators were saying, 'It's an Emilia Wickstead dress.'"

Wickstead was quick to point out what some noticed about the fit of Markle's Givenchy gown.

"If you choose a simple design the fit should be perfect. Her wedding dress was quite loose," she said. 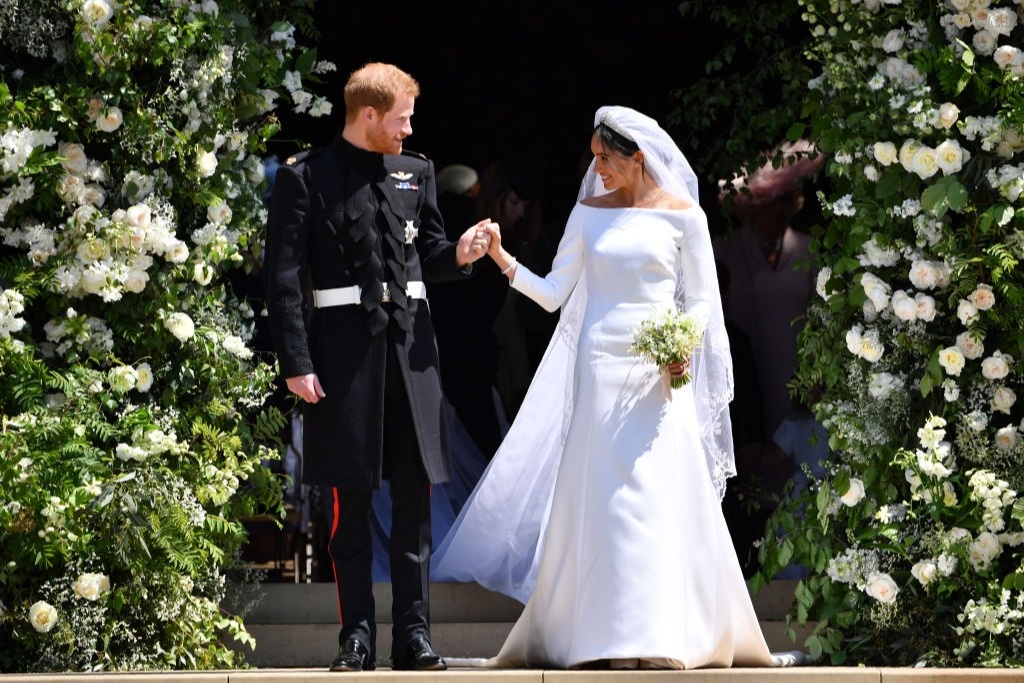 The hits didn't stop there. Wickstead had thoughts about Markle's hairstyle, which was pulled back in her signature messy bun.

One look at Wickstead's bridal Instagram account will tell you how some feel about her tongue lashing:

Others, however, agreed with Wickstead: 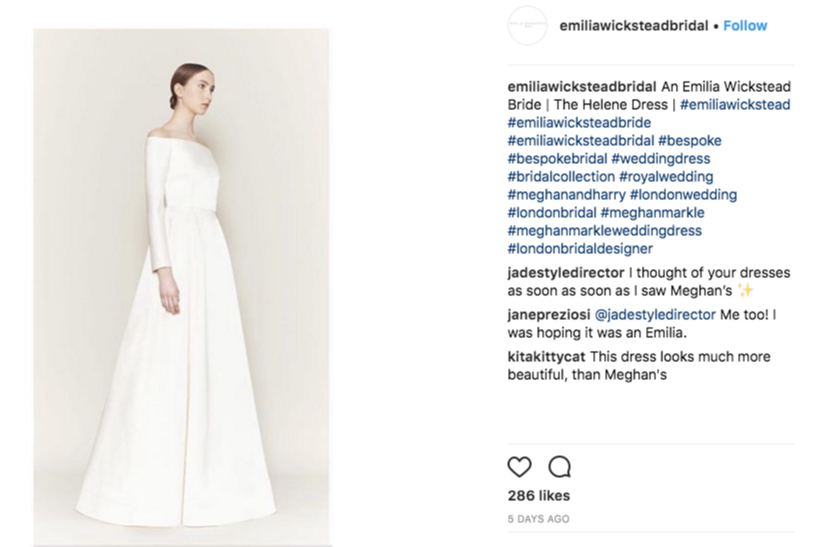 It strikes me as odd that a designer favored by Catherine would make such cutting remarks about Markle. Were the quotes off-the-record and the journo published them anyway? At press time there hasn't been a comment from Wickstead's reps.
Anyhoo, below are a few of the Wickstead threads Catherine has worn. My guess is they're currently being burned somewhere inside the walls of Kensington Palace.

Looking for Royal Rivalry between Meghan Markle and Kate Middleton? You Won't Find it Here

Do You Know These Famous Quotes Word for Word?

Unscramble This Sussex Family Photo Before the Baby's Name Is Announced