Cabinet of Curiosities: Why Are We Not Supposed to Wear White After Labor Day?

Are you curious about, well, anything? Social norms, mythical legends, why cats don't like their bellies rubbed? Cabinet of Curiosities is here to settle the most puzzling of random thoughts. Next time your dinner conversation is at a lull, pull this little tidbit out.

by Hillary Bautch
Sep 3, 2020
When was the last time you debated wearing white pants in the fall, or thought about putting on a white blazer for a work meeting in the middle of winter, and then out of nowhere you heard this little voice in your head...You're not supposed to wear white after Labor Day.
This fashion rule is one of those things many of us were taught from birth. We don't know where it came from, we don't know why we care about it so much, but we still manage to convince ourselves that other people will judge us to our core if we dare put on white linen pants for a fall picnic at the beach.
In reality, this construct that we blindly follow has been around for a lot longer than you'd expect. It started way back in the day when there was no such thing as air conditioning in the summer, and it wasn't proper for people to wear shorts and t-shirts like we do now. How do you survive a sweltering summer in slacks and a long-sleeve button down? Wear white! And since Labor Day is the unofficial end of summer, it makes sense that wearing the cooler color into fall could be seen as holding onto summer for far too long.
But this is only one theory.
Some historians believe that, as is with all things in life, it came down to money. In the early 20th century, wearing white was seen as a color of status. You know, a color only worn by the rich Americans that were well-off enough to spend summers lounging poolside in the Hamptons.
“If you look at any photograph of any city in America in the 1930s, you’ll see people in dark clothes,” Charlie Scheips, author of the book "American Fashion," told TIME. People were busy! The working class were on their way to their jobs! And in contrast, Scheips explains, the white linen suits and Panama hats at snooty resorts were “a look of leisure.”
So, as Labor Day marked the end of summer and all the fancy people would come back to the city, they'd naturally change their closets over to darker colors. New season, new wardrobe, as it were. And because of this unwritten rule, it was easy to spot an outsider attempting to garner their way into elite social circles simply by the color of their clothing. You either knew the rules, or learned them and faked it until you made it -- which included not touching white after the first Monday in September.
Now, Coco Chanel was iconic for her don't-care attitude when it came to fashion, and as early as the 1920s she made white a staple in her wardrobe all year-round. Well yea, because she's Coco Chanel, you might say to yourself. And you're not wrong. As the years went on, it became more and more okay to bend the no-white rule -- but only if you had enough status to pull it off.
Case in point: Michelle Obama wearing white to the 2008 inaugural ball. She did it, and she did it well.
Thankfully, these days this rule isn't as telling as it was in the past. Sure, you might think twice about rocking a white sweater in the middle of January or putting on white jeans with that wool duster jacket on your way to the pumpkin patch, but rest assured: rules were meant to be broken. And if Coco Chanel and our favorite First Lady can do it, so can you. 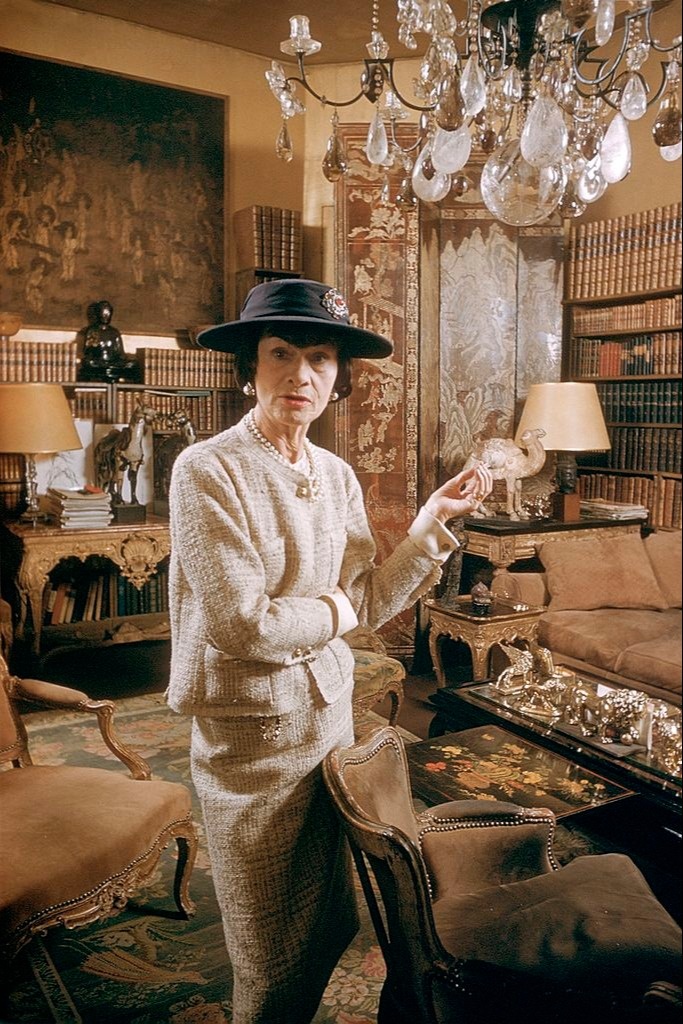 Brig's Buys: Make It Rain With One of These Slick Summertime Sprinklers

The Best Booties to Nab From Amazon This Fall

The Best Fashion Jackets to Buy on Amazon This Fall