Cabinet of Curiosities: Where Do Letters From Santa End Up?

Are you curious about, well, anything? Social norms, mythical legends, why cats don't like their bellies rubbed? Cabinet of Curiosities is here to settle the most puzzling of random thoughts.

by Brigitte Carreiro
Dec 23, 2019
So, you set your kids up with oversized markers and sheets of paper. They wrote down all their deepest Christmas desires, addressed the envelope to “Santa Claus, 1 North Pole Drive, North Pole” and popped it in the mailbox -- but not before you took a peek so you could get an idea of what to gift them this year. But what happens to that letter? It’s not like it actually goes to the North Pole, which is for the best, anyway -- think of the polar bears!
No, letters addressed to the North Pole actually go through a bit of fun at the United States Postal Service.
First, there’s Operation Santa. This cleverly-named brigade is made up of both individuals and organizations that will “adopt” a child’s letter. The USPS claims that hundreds of thousands of letters are sent to the North Pole every year, and Operation Santa sets up each letter with a volunteer who will read the letter, figure out what a kid is asking for and make it happen.
The best part is, anyone (in one of seven select cities) can visit the Operation Santa website, read some letters to find some that speak to them and send a gift to a wishful child. The practice wasn’t digital at first, but it dates back to when the USPS started receiving letters to Santa over 100 years ago. A postmaster, as they called them at the time, General Frank Hitchcock, was so jolly that he ordered his organization to reply to every. single. letter that came in. (Before then, it hadn’t been allowed, since it was technically illegal to open someone else’s mail. Even if that someone is fictional.) Of course, this quickly became unsustainable, and the post office started asking the public for help. 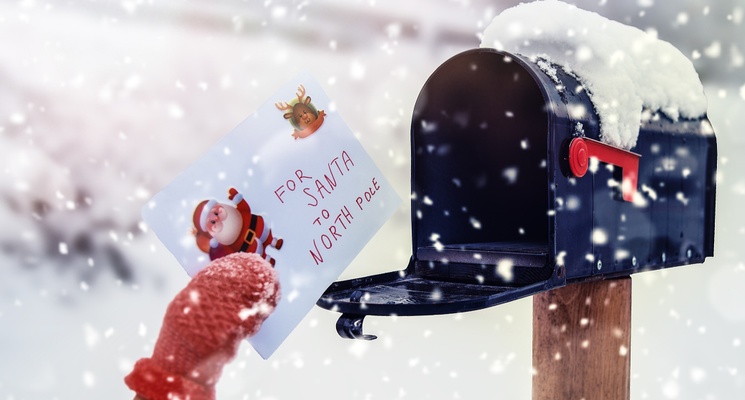 This actually might be the most adorable part of the holiday season I’ve encountered in a long time.

If you’re not a resident of one of those seven cities, there’s the Greetings from the North Pole Post Office program, also sponsored by the USPS. Parents can include a reply letter to their child’s wishlist, written “by Santa,” and include it when they send off their kid’s letter, keeping them in separate envelopes. By addressing both letters to an address in Anchorage, Alaska, it’ll get to the appropriate “Santa’s helpers,” and the kiddos can receive a North Pole-postmarked reply.

Letters to Santa started in earnest after cartoonist Thomas Nast’s now-famous illustration of Santa Claus became commonplace, since part of it depicted Santa sorting through his mail.

Before the post office was instated, kids got creative on how to get their letters to the North Pole. Some would leave them by the fireplace, where the idea was they’d go up in smoke and float up to Santa. Some would cut right to the chase and just yell their wishes up the chimney. Others would attach them to balloons and let them float away. 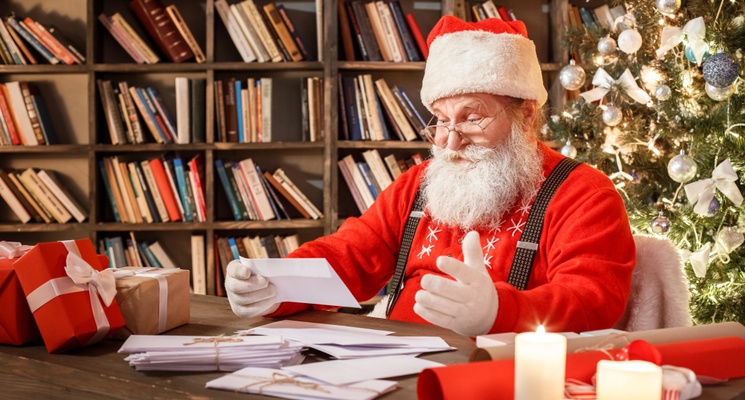 Look at you, USPS. Making getting into the holiday cheer nice and easy.

Do you help your kids write letters to Santa?