Cabinet of Curiosities: How Did the Rainbow Come to Be Synonymous With Pride?

Are you curious about, well, anything? Social norms, mythical legends, why cats don't like their bellies rubbed? Cabinet of Curiosities is here to settle the most puzzling of random thoughts.

by Brigitte Carreiro
Jun 17, 2019
Anywhere you go in the month of June, there are Pride flags hanging off of windowsills, strung up right under the American flag on flagpoles or staked in flowerpots. The rainbow flag is the official symbol of Pride Month and the LGBTQ community at large, and it’s flown loud and proud wherever you look.
Before 1978, though, it didn’t even exist; we have Gilbert Baker to thank.
Popular to contrary belief, there's no connection to “Somewhere Over the Rainbow” from “The Wizard of Oz,” even though:
Baker was a kid from the Midwest who had just gotten an honorable discharge from his work as an Army medic during the Vietnam era. He was dropped off in San Francisco, where he met Harvey Milk in 1974. Milk, who became the first openly-gay man to be elected to office in California, saw a spark in Baker (also openly gay and a drag queen at the time), and commissioned him to create a symbol for their community. 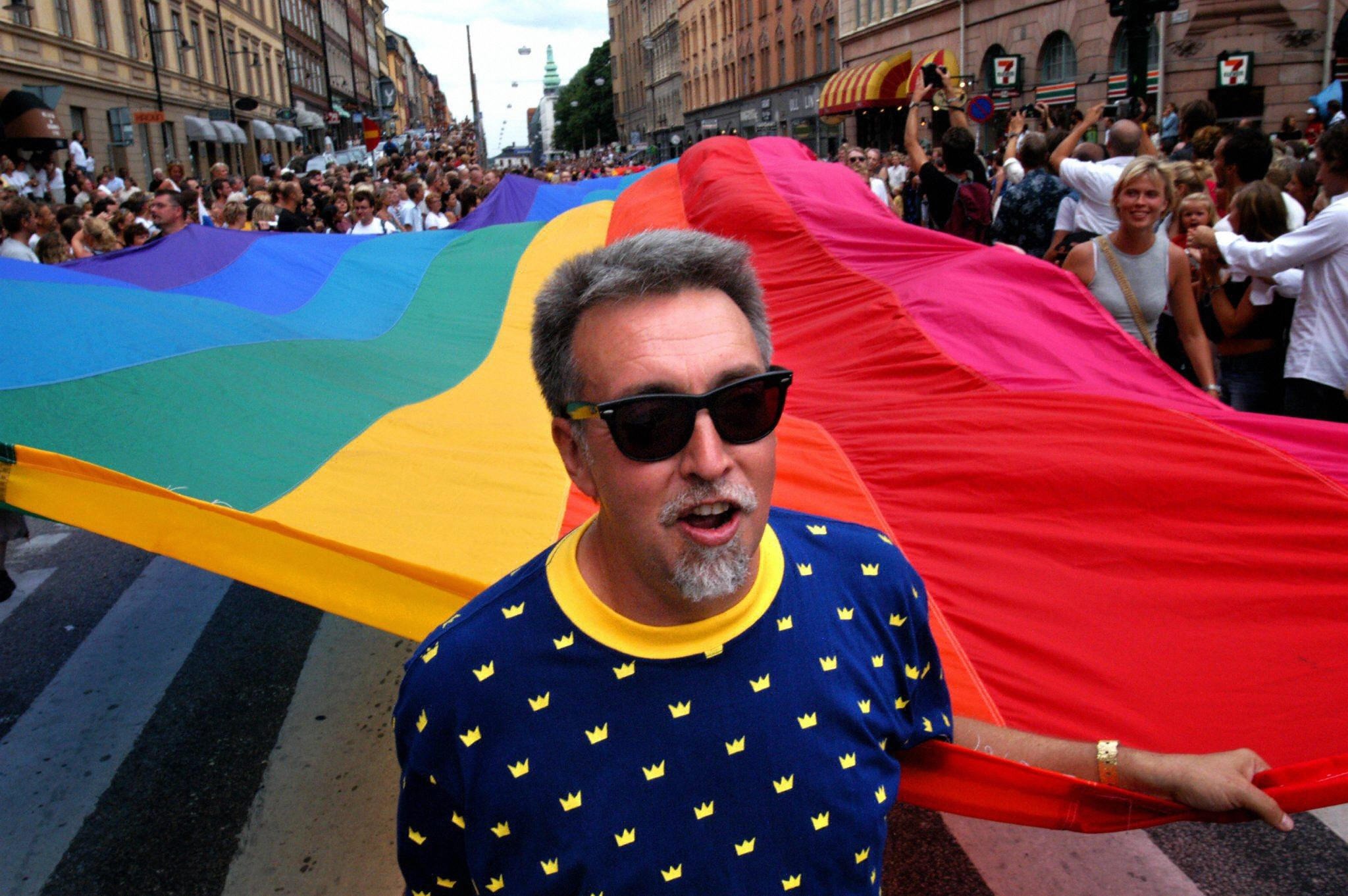 The only other symbol that had been attached to the LGBTQ community was a pink triangle, but it had to go: The pink triangle was used in Nazi Germany-run concentration camps to identify men who had been imprisoned due to their homosexuality. Though the gay population had spun the triangle on its head and turned it into a source of empowerment, it was still due time for something they alone owned.
Baker, who worked in flag-making long after his Army career, decided the LGBTQ community needed a flag.
“I thought a gay nation should have a flag, too, to proclaim its own idea of power,” he wrote on his estate’s website (Baker passed away in 2017).
So, at San Fran’s Gay Freedom Day Parade, June 1978, the original Pride flag was flown. Different than the six stripes we recognize now, 27-year-old Baker’s first version had eight: hot pink for sex, red for life, orange for healing, yellow for sunlight, green for nature, turquoise for magic, indigo for harmony and violet for spirit. Today’s version scrapped “sex” and “magic” (but the themes are there in essence), and in 2003, Baker created a record-setting 1 ¼ mile-long version for Key West Pride in 2003, using the opportunity to bring back the hot pink, turquoise and indigo. 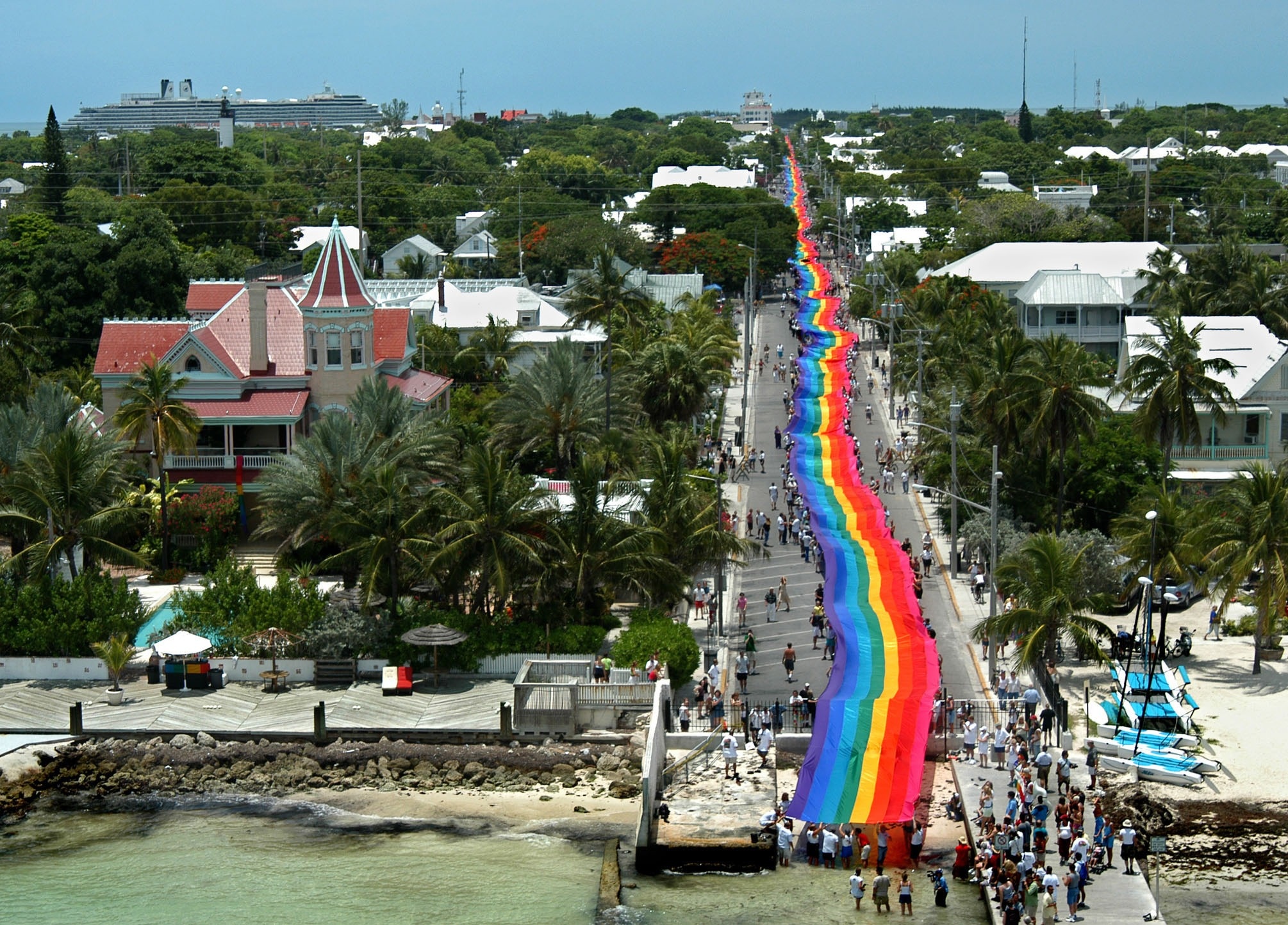 The first flag was debuted just months before Milk’s assassination, but it developed from there.
The six stripes today mimic the standard rainbow’s colors, a choice that Baker made when hot pink was deemed too expensive to mass produce -- which was the whole point of making the flag in the first place. Charles Beal, manager of creative projects of Baker’s estate, told the Huffington Post. “He purposely never copyrighted the flag because he wanted it to be owned by everyone.”
That, and organizers of San Francisco Pride wanted to slice it down the middle so they could fly it on both sides of the street, so an even number of stripes was necessary.
The outright use of color was to make a point as well. Throughout history, closeted gay men had used brightly-colored clothing to discreetly let other men know where they stood. Baker took that and ran.

Thus, the Pride flag: vibrant, eye-catching and full of spirit, as it should be.

Cabinet of Curiosities: Why Is Lifting Your Middle Finger so Rude?

Out & Proud, Everybody! Can You Unscramble This Pride Puzzle?

Brig’s Buys: Rainbow Accessories and Beauty Buys to Get Your Pride on Right

Which “Queer Eye”-Authored Book Should You Grab During Pride Month?

Soak Up Summer Sun with This Exclusive VIP Voice Puzzle!