After a very dramatic off-season, "The Bachelor" returns tonight, where pilot Peter Weber will seek out his one true love on national television. We're excited to watch how sweetheart Peter (who's cemented his status as one of the steamiest Bachelors yet) goes through this process, but let's face it: There's only so much we can get from the few hours a week we get our trashy TV. On off-nights, consider picking up one of these Bachelor Nation-authored books.

1. "It's Not Okay: Turning Heartbreak into Happily Never After" by Andi Dorfman 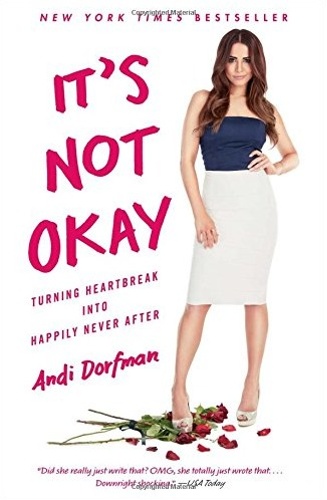 Andi Dorfman has been through it. During her first appearance in Bachelor Nation on Juan Pablo's season of "The Bachelor," she dumped him. Then she was chosen as "The Bachelorette," denied Nick Viall and ended up engaged to Josh Murray, who she subsequently also dumped. She goes into sometimes scathing detail about the men in her life in this memoir, making it one of the juiciest of the bunch. Buy here!

Do you have a favorite Bachelor Nation couple?